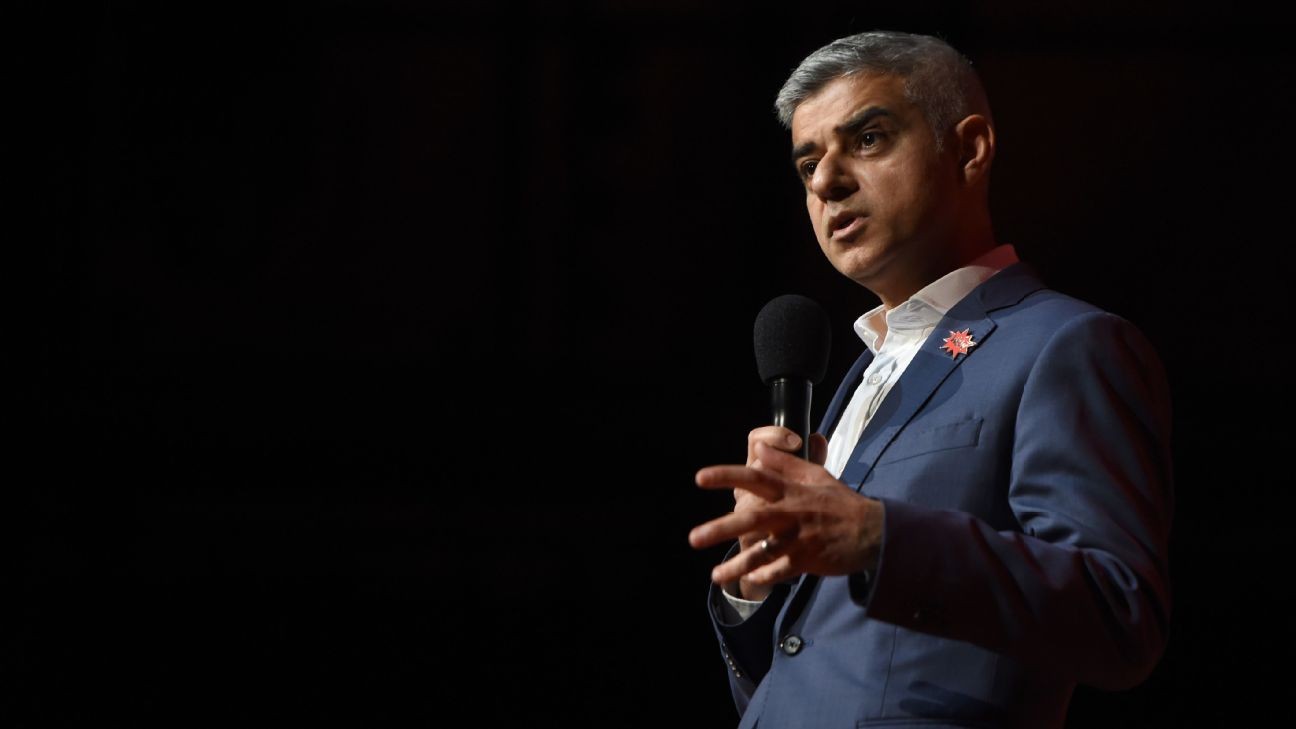 Aston Villa vs. Sheffield United and Man City vs. Arsenal will be the first games back as Prem returns.

London mayor Sadiq Khan has said he is concerned that the return of Premier League football could lead to the spread of the coronavirus.

The league is set to resume on June 17 after the clubs gave "Project Restart" the green light at a shareholders' meeting on Thursday.

"I am concerned about any action that could inadvertently lead to the virus spreading," Khan told LBC.

"We don't want to inadvertently, for the best of intentions -- all of us need cheering up, there's nothing more joyous for sports fans than watching sport on TV, even without the crowds -- but we need to make sure we don't inadvertently give an opportunity to the virus to spread.

"I know, human nature as it is, fans will turn up to see the coach arriving, to listen to the atmosphere -- the players inside the stadium even though they're not allowed in, to see the coach leaving, to buy T-shirts and scarves, police and councils need to enforce the rules.

Earlier this month, the chief of Greater Manchester Police also said he is worried supporters would still congregate at stadiums even if they are not allowed in to watch games.

France boss Didier Deschamps also criticised the league's return and said the decision to do so was based on money.

Manchester City's home clash with Arsenal and Aston Villa's match against Sheffield United will be the first fixtures played.