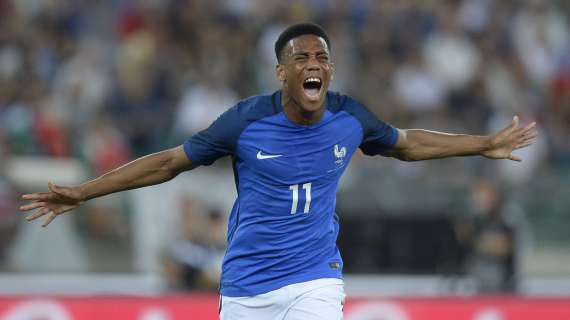 It's rare enough to point it out, but since the start of the season, Anthony Martial (25) has started more matches with the France team (2) than with Manchester United (1). With the arrivals of Jadon Sancho and Cristiano Ronaldo this summer at the Red Devils, the French international striker (30 caps, 2 titles) can expect a limited playing time in an already ultra competitive sector.

This is why, after hesitating for a while during the summer, MU finally decided to open the door to a departure from the former Monegasque in January. Eurosport thus ensures that the residents of Old Trafford have given their no.9 the green light to find a new club.

FC Barcelona is cited as potentially interested, as are other Premier League teams, while the striker had rejected approaches from Olympique Lyonnais, his former club, who requested a loan this summer. Yes but here he is, the Mancunians will not let him slip away at a discount. Also according to Eurosport, with a contract binding them to the player until June 2024, they will ask at least 45 M € to let go.

A price which, in the post-Covid 19 period, may no doubt frighten the courtiers of the Frenchy, who knows that, if he wants to travel to Qatar for the 2022 World Cup, he must absolutely play more regularly than he currently does. Anthony Martial's transfer window is started now.