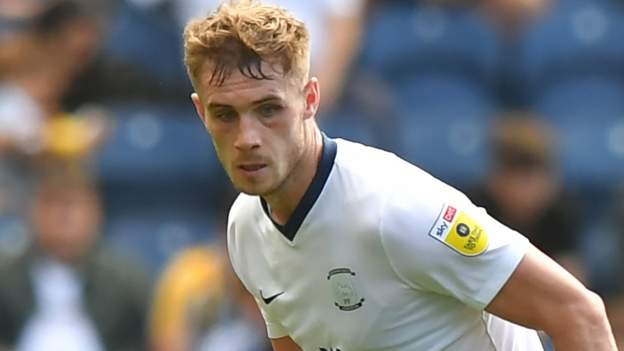 Defender Liam Lindsay has signed a new two-year contract with Preston North End, to run to the summer of 2025.

The Glasgow-born 27-year-old has scored two goals in 49 games for the Lilywhites since his initial loan move from Stoke City in January 2021.

Lindsay, who lists Patrick Thistle and Barnsley among his former clubs, has made 19 appearances this season.

"I love everything about it [at PNE] - the lads, the gaffer, the management staff, the fans," Lindsay said.external-link

Manager Ryan Lowe added: "Credit where credit's due to Liam, he's been fantastic and definitely earned a contract.

"The conversation we had earlier in the summer, in pre-season and even at the back end of last season was 'can he get himself in the team?', and he's certainly done that, and he's been immense."