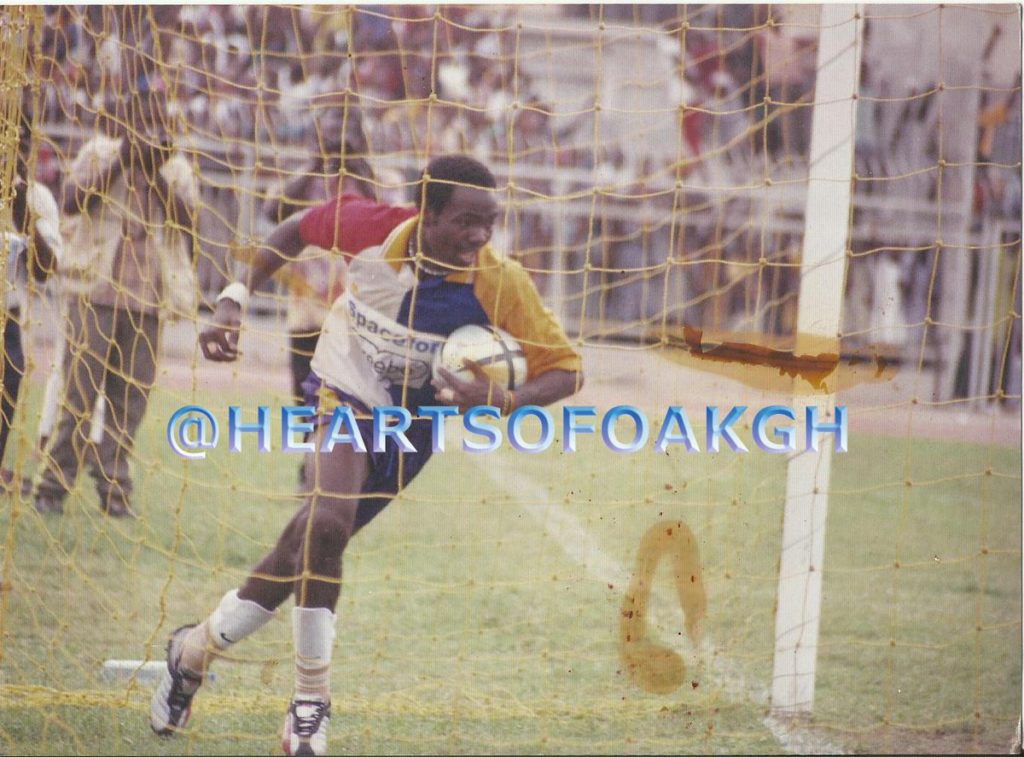 Former Ghana forward Prince Tagoe has reiterated his desire to have one final dance with Hearts of Oak before hanging his boots.

The 33-year old disclosed in an interview with Tv3 that he has a lot to offer the club, and wants the current squad to learn a 'few things' from him.

Tagoe was the darling boy of the team in 2005, after arriving from Mamobi Midjtyland, helping the Phobians win the 2005 CAF Confederation Cup.

He was also goal king in the Ghana Premier League with 18 goals that season.

After spells abroad the lanky attacker has returned home and hopes he will get the chance to make a final bow in the sport by donning the Hearts of Oak jersey once again.

“Hearts is my club,' he said.  "I want to pay my respect to them. The current players can learn a few things from me.”

Tagoe spent just a season with the club, but his place in the teams history can't be understated.

His last club was in Bangladesh where he played for Chittagong Abahani Limited, but before that he had played for the likes of Al Ittihad and Al Shabab in Saudi Arabia, TSG Hoffenheim in Germany and Partizan Belgrade in Serbia.

He was also amember of the Ghana team that reach the quarter finals of the FIFA World Cup in South Africa 2010.