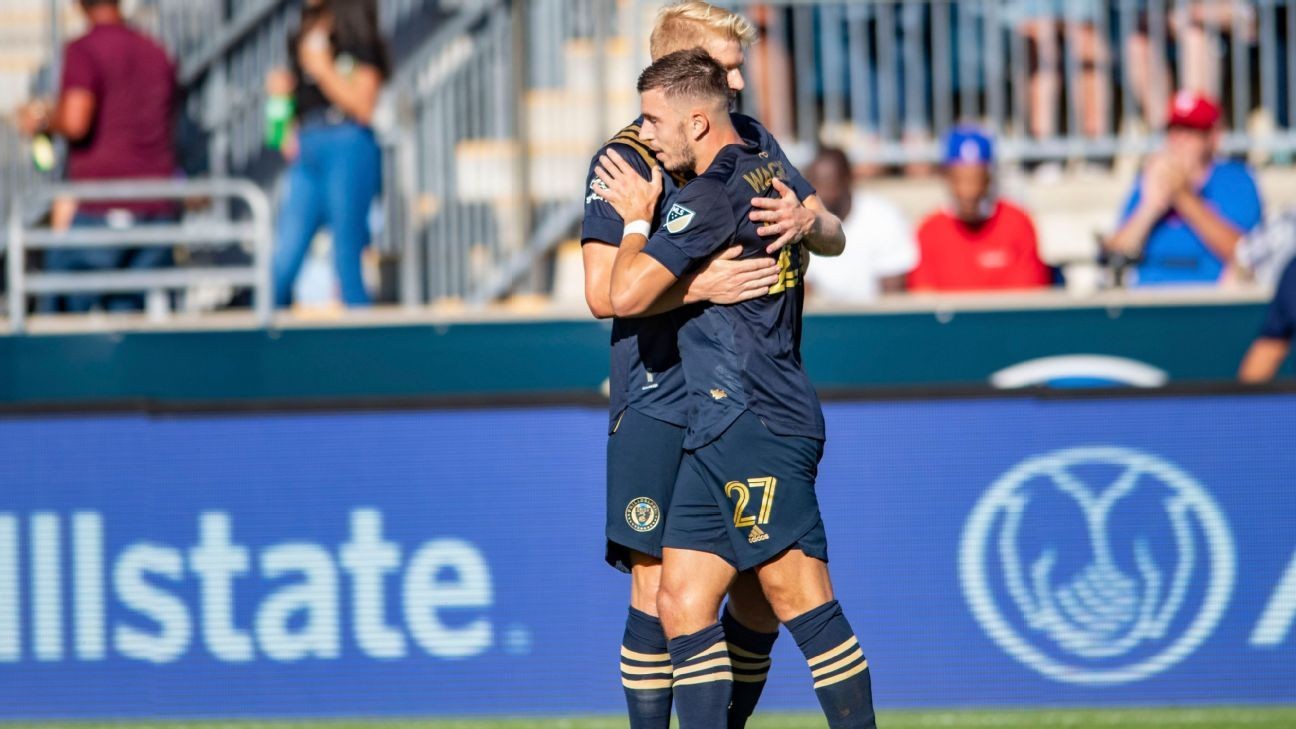 Kai Wagner opened the scoring for Philadelphia (9-7-8, 35 points) before halftime on a goal that was heavily disputed by Orlando (10-7-8, 38 points) because of what they believed was a foul on Przybylko in the build up.

The visitors could have fewer complaints on Przybylko's second goal of the game and eighth of the season, which came from the penalty spot in the final minutes. Defender Antonio Carlos clearly pulled down substitute Sergio Santos in the penalty area, and was sent off by referee Alan Kelly for denying an obvious scoring opportunity.

That penalty sealed victory for Philadelphia, which moved into the seventh and final playoff place in the Eastern Conference for the time being. The Union recorded their first win in four games and only their second this season after conceding a goal.

Ruan scored a 57th-minute equalizer for Orlando City, who lost their third straight MLS match for the first time in manager Oscar Pareja's tenure with the club.

The Lions played without captain Nani and defender Andres Perea. Each was serving a red card suspension from their 4-2 midweek home loss to Montreal.

Przybylko put Philly in front for good in the 61st minute.

Jamiro Monteiro made a determined run into the right side of the penalty, combining on a give-and-go with Alejandro Bedoya and evading several defensive challenges.

Then he slid a cross toward the penalty spot, where Przybylko met it with a low, first-time shot past Gallese's dive.

Gallese was involved in the day's second controversial officiating decision in the 80th minute when he was cautioned for taking down Santos on the left flank.

Kelly ruled Gallese had not denied Santos an obvious goal scoring opportunity, since the ball was in the corner of the field and another Orlando defender was retreating.

The first disputed decision went Philadelphia's way before halftime. Orlando believed Przybylko had struck the head area of one of its defenders in the buildup to Wagner's 37th-minute opening goal.

But Kelly had waved play on during real time, and after a video review the goal still stood.