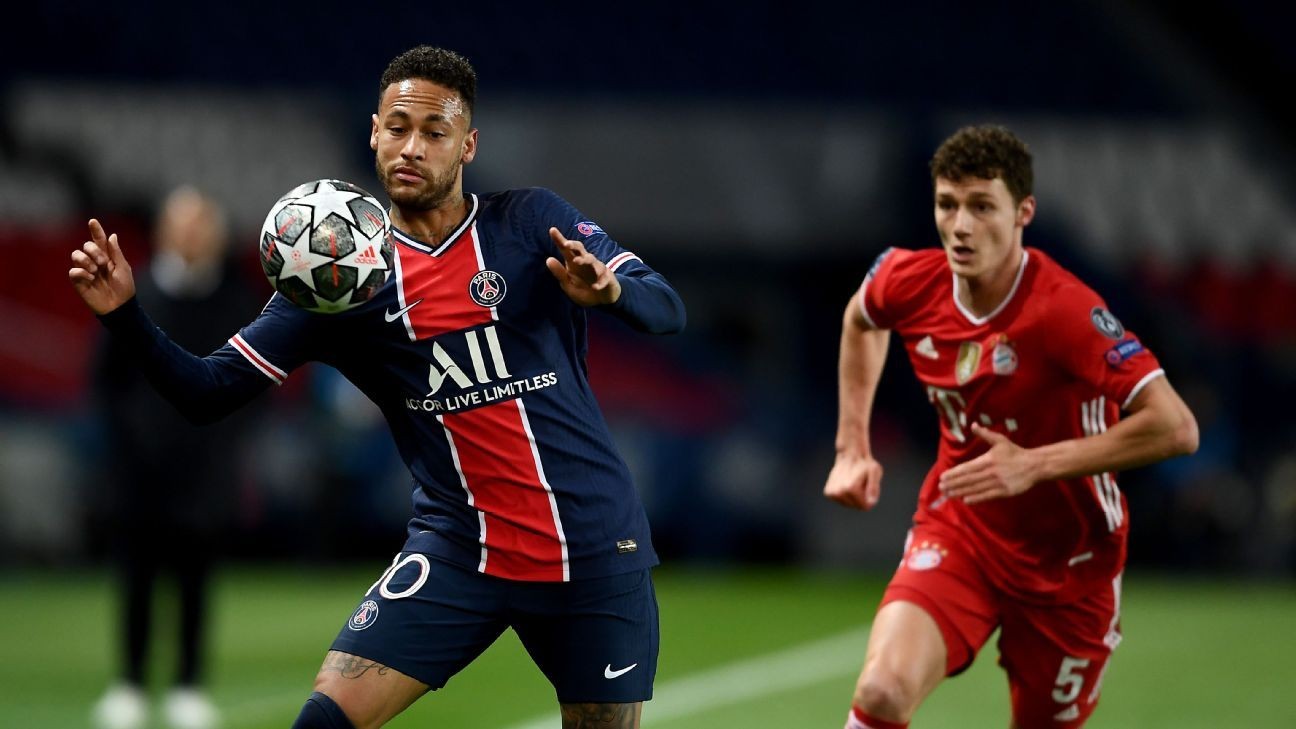 The tie, which finished 3-3 on aggregate, was a rematch of last season's final which Bayern won 1-0 in Portugal last summer.

Bayern, who were without injured striker Robert Lewandowski for both legs, had the better of play in the opening 40 minutes but PSG created the best chances, with Neymar twice hitting the bar after beating Manuel Neuer.

However, the Germans took the lead in scrappy fashion when Eric Maxim Choupo-Moting jumped first to head home a rebound after Keylor Navas was forced into a difficult save that he deflected high into the air in the six-yard box.

The goal meant Choupo-Moting has scored in his last three Champions League appearances for Bayern, including one in each leg against PSG with whom he played from 2018-2020.

Neymar came agonisingly close again in the 54th minute when Angel Di Maria rolled the ball across a gaping goal mouth after some fine footwork on the right. But the PSG No. 10 couldn't get a touch despite a desperate stretch.

PSG thought they put the tie away in the 79th minute after first-leg hero Kylian Mbappe emphatically scored from a breakaway but the France international was rightly flagged for offside after the play ended.

Bayern pushed for a tie-winning goal and flooded the PSG half with attacks, but the home side held on and will now play the winner between Manchester City and Borussia Dortmund in the semifinals.