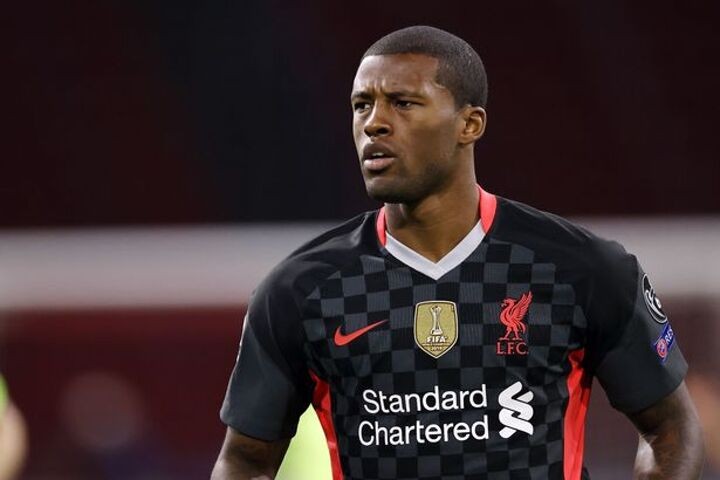 Paris Saint-Germain have reportedly identified Liverpool star Georginio Wijnaldum as one of four free agents to sign this summer.

Wijnaldum's contract with the Reds expires this summer and, as it stands, he will depart on a free transfer after five years with at Anfield.

The Dutchman is one of Jurgen Klopp's go-to men in midfield and no Liverpool player has made more than his 35 appearances this season.

But Wijnaldum has long been linked with a move to Barcelona, where he would join forces with his former Netherlands boss Ronald Koeman.

PSG are set to join the race for the 30-year-old, however, leaving him facing a decision this summer.

The Ligue 1 champions have adopted a transfer strategy of targeting free agents and sporting director Leonardo is keen on Wijnaldum.

That's according to ESPN , which notes PSG are unwilling to spend large sums as they recover from the financial impact of the coronavirus pandemic.

PSG are keen on Lyon captain Memphis Depay, who continues to light up Ligue 1 and is second only to Kylian Mbappe in the scoring charts.

Like Wijnaldum, Dutchman Memphis has been linked with Barcelona but PSG will hope to convince him to stay in France and switch allegiances.

The Parisians will also face competition from La Liga to sign David Alaba, who will leave Bayern Munich this summer.

Real Madrid have been heavily linked with the Austrian, though Zinedine Zidane's side may not be the attract prospect they once were.

The fourth and final free transfer PSG are lining up concerns Napoli right-back Elseid Hysaj, who will leave the Serie A side this summer after six years of service.

Meanwhile, PSG aim to secure Everton's Moise Kean on another loan deal with an option to buy, as the striker has burst back to form this season with 13 goals.