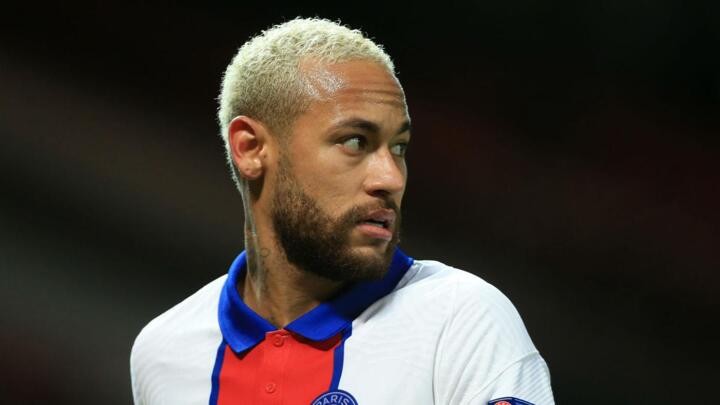 Neymar was pencilled in to return from injury against Barcelona, but Paris Saint-Germain coach Mauricio Pochettino has not yet made a call.

Mauricio Pochettino could not confirm Neymar would make his return from injury against former club Barcelona but remains "very happy" with his recovery.

The Paris Saint-Germain superstar suffered an adductor injury against Caen in the Coupe de France on February 10.

A predicted four-week lay-off would accommodate a comeback against Barca in the Champions League, having missed the first-leg trip to Camp Nou where Kylian Mbappé inspired a 4-1 away win.

Pochettino has since repeatedly insisted Neymar is on schedule, although PSG's win rate has improved from 66.7 per cent to 73.7 per cent when he has been missing this season.

With the last-16 second leg now just five days away, the PSG coach was asked explicitly about the potential involvement of the world's most expensive footballer against his former club.

"He will not be in the squad for the match against Brest," Pochettino said on the eve of PSG's Coupe de France clash.

"But we are very happy with his progress and we will see in the next few days if he can be part of the group for Barcelona."

Stepping up in Neymar's absence, Mbappe became just the 10th visiting player ever to score a hat-trick away at Barca – and only the second in the Champions League.

But while Neymar – long linked with a transfer back to the Blaugrana – has appeared committed to a future at PSG, speculation persists about Mbappé.

The World Cup winner, back from suspension on Saturday, has been involved in 32 goals in all competitions (23 goals, nine assists), the sixth-most among all players across Europe's top-five leagues in 2020-21.

Pochettino added of Mbappé: "We have a very good relationship, very natural. The club and I want him to stay.

"It's a two-way decision between the club and the player. He is a very important player for us, and we hope he will stay with us for many years to come."

Rather than Mbappee's heroics, Neymar's return or any other Champions League matters, Pochettino is focused on successfully negotiating the Brest tie.

"We have to give importance to [Saturday's] game," he said. "We only think about the Brest game. We know it's going to be a tough game.

"This is an important competition for us. Our focus is on tomorrow's game."