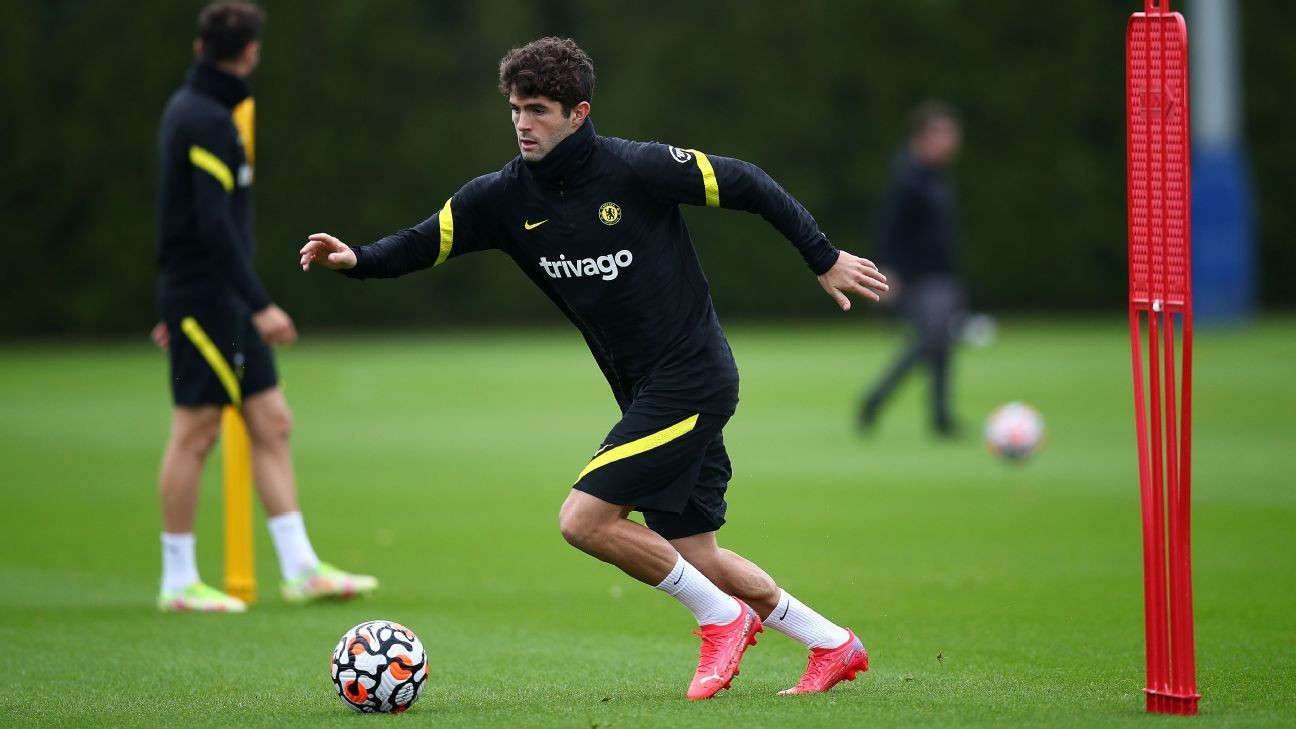 Christian Pulisic has resumed training with Chelsea ahead of a weekend match at winless Newcastle, the English Premier League club said Thursday.

The 23-year-old Pulisic has not featured since Aug. 14, when he scored in Chelsea's 3-0 win over Crystal Palace to open the league season.

The American forward injured an ankle while on international duty in early September against Honduras -- his sixth significant injury in his two-plus years at Chelsea.

The injury was only expected to keep him out for 10 days, but a series of setbacks has kept him out much longer, including missing all the U.S. matches during the October international window.

Chelsea posted a brief update on returning players -- Pulisic, N'Golo Kante, Andreas Christensen and Cesar Azpilicueta -- along with photos of them at training.