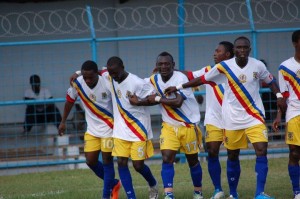 NPL club Enugu Rangers may not honour a special invite from Ghanaian club Hearts Oak for a centennial game next month because it will clash with a league game.

Hearts have invited Rangers for a friendly on November 13 to mark their 100th anniversary after they could not afford English champions Manchester United.

But a new timetable released by the Nigeria Premier League shows that Rangers will play their final match of the 2010/11 season away to Heartland on the same day.

â€œWe have been invited for their anniversary celebrations and we hope to be there if it does not clash with our league matches,â€ said Rangers spokesman Foster Chime.

Chime told MTNFootball.com that the two teams are still discussing the financial package for this game.

He said they would very much wish to honour this special game because it would also put them in good stead for the WAFU club cup expected to be staged in Togo later in the year.

Rangers have qualified for the mini-league phase of the sub-regional competition.