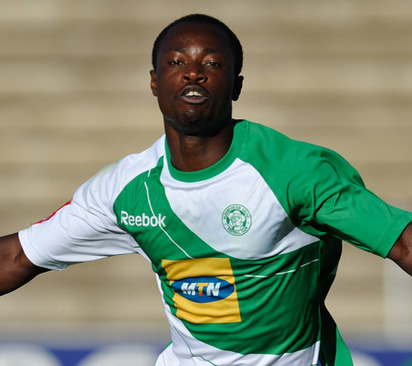 Ghana striker Ransford Osei has confirmed he will remain in the South African top flight league for next season.

The 21-year-old had a short spell with Premier Soccer League side Bloemfontein Celtic where he scored once in three games.

The former FC Twente player says he would join a different club in the PSL.

"My agent wanted me to return to Europe but I told him I want to remain in South Africa and improve my fitness," Osei said.

"I won't join rejoin Bloemfontein Celtic but any other club."