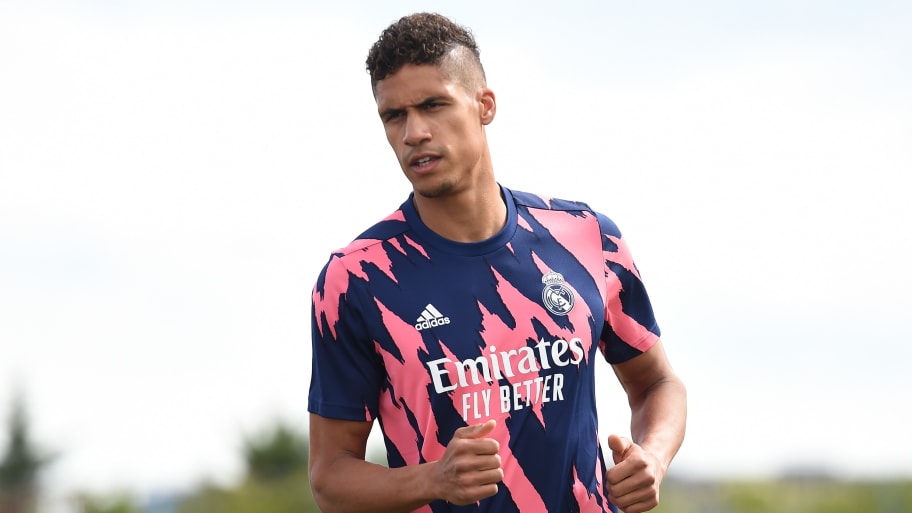 Raphael Varane is set to undergo a medical at Manchester United and could be announced as their latest signing within days.

The Real Madrid defender has been United's main transfer target since they ended their long-running pursuit of Jadon Sancho, but it doesn't look as if this saga will drag on for anywhere near as long.

The 28-year-old is said to have his heart set on heading to the Premier League side, where he will partner Harry Maguire in the middle of a fearsome looking back line. Real, meanwhile, haven't put up too much of a fight - Varane wants to leave, and is out of contract in a year's time.

Negotiations have been steadily progressing for a couple of weeks now, and it was reported on Sunday that a deal could be announced 'within hours.' That didn't quite prove to be the case; here we are 24 hours later; but it is now a matter of when, rather than if.

That certainly seems to be the case from what Gianluca Di Marzio is reporting, anyway, as he claims the deal is almost complete.

Di Marzio claims that Varane is set to arrive in England for a medical, which will take place over the next 48 hours before the announcement is made. An agreement with Real has been reached over a €50m (£43m) deal, and personal terms have been ironed out with the player.

It follows the news 90min reported on Monday that United are preparing to offload two centre-backs this summer to clear the way for Varane. In addition to Maguire, Victor Lindelof and Eric Bailly will be expecting first-team minutes next season, so the likes of Axel Tuanzebe and Phil Jones are surplus to requirements.

The former is being targeted by Newcastle, while Jones could leave on a free transfer just to get his substantial wages off the books.

This article was originally published on 90min as Raphael Varane to undergo Man Utd medical on Wednesday.