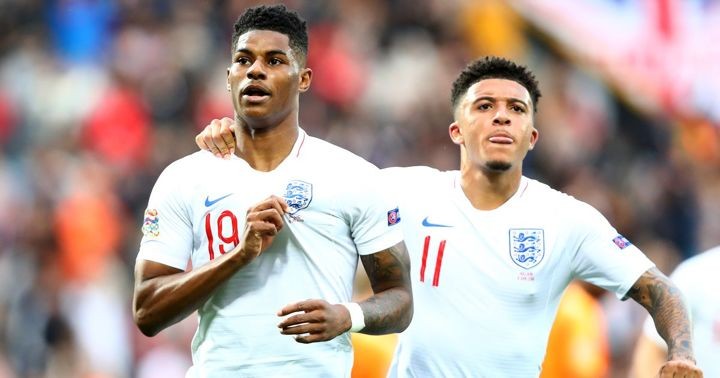 Marcus Rashford believes Jadon Sancho would be a great fit at Manchester United and hopes to play alongside his international teammate at Old Trafford.

The Borussia Dortmund star is a priority transfer target for United on the back of an exceptional season in the Bundesliga where he has netted 14 goals and registered 16 assists.

United will reportedly face competition from Chelsea to sign Sancho, with the London club hoping to convince the 20-year-old to move to Stamford Bridge by leaning on his close relationships with Callum Hudson-Odoi and Mason Mount.

Rashford has featured alongside Sancho for the senior England national side and believes the Dortmund star would be a great fit under Ole Gunnar Solskjaer.

"It would be good [if Sancho joined United]," Rashford said on an Instagram Live. "Sancho is a great player.

"It's definitely exciting to watch the player he's becoming — hopefully we can all play together. That would be good.

"He plays off the cuff. He's imaginative.

"I think in this generation, they're the things you need to be world class."