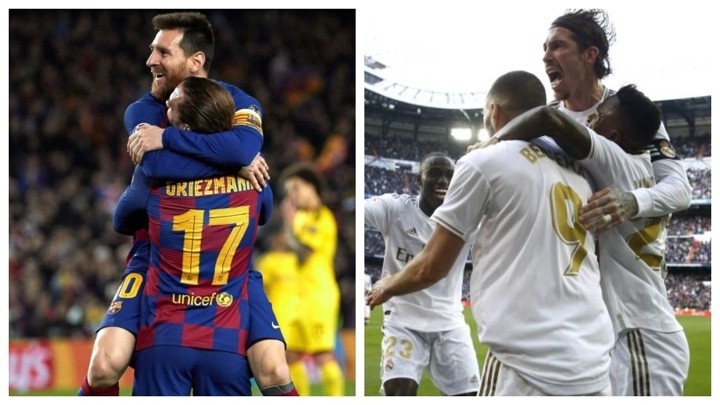 There are 11 matches remaining in this LaLiga Santander season.

Both Barcelona and Real Madrid will go into these matches aiming to outdo the other in an epic final sprint in the title race.

As it stands, Barcelona hold a two-point lead over their rivals, while Real Madrid would come out on top if the title is decided on head-to-head.

One slip-up could cost a team dear, so both sides will be looking to put in a winning streak to clinch the crown.

In the history of LaLiga Santander, an 11-match winning run has only been achieved on 11 occasions - Real Madrid have done it six times and Barcelona five times.

The last time the Blaugrana won 11 games on the bounce was during the 2015/16 season when they went 12 matches without a draw or defeat between matchdays 19 and 29.

Their best winning streak stands at 16, coming in the 2010/11 season under Pep Guardiola.

Like Barcelona, Real Madrid's last 11-match winning streak came during the 2015/16 campaign when they won 12 in a row.

Los Blancos' record winning streak came during the 1960/61 season when they put together a series of 15 consecutive wins.

So far this season, the longest winning streak both teams have put together in LaLiga Santander is five.