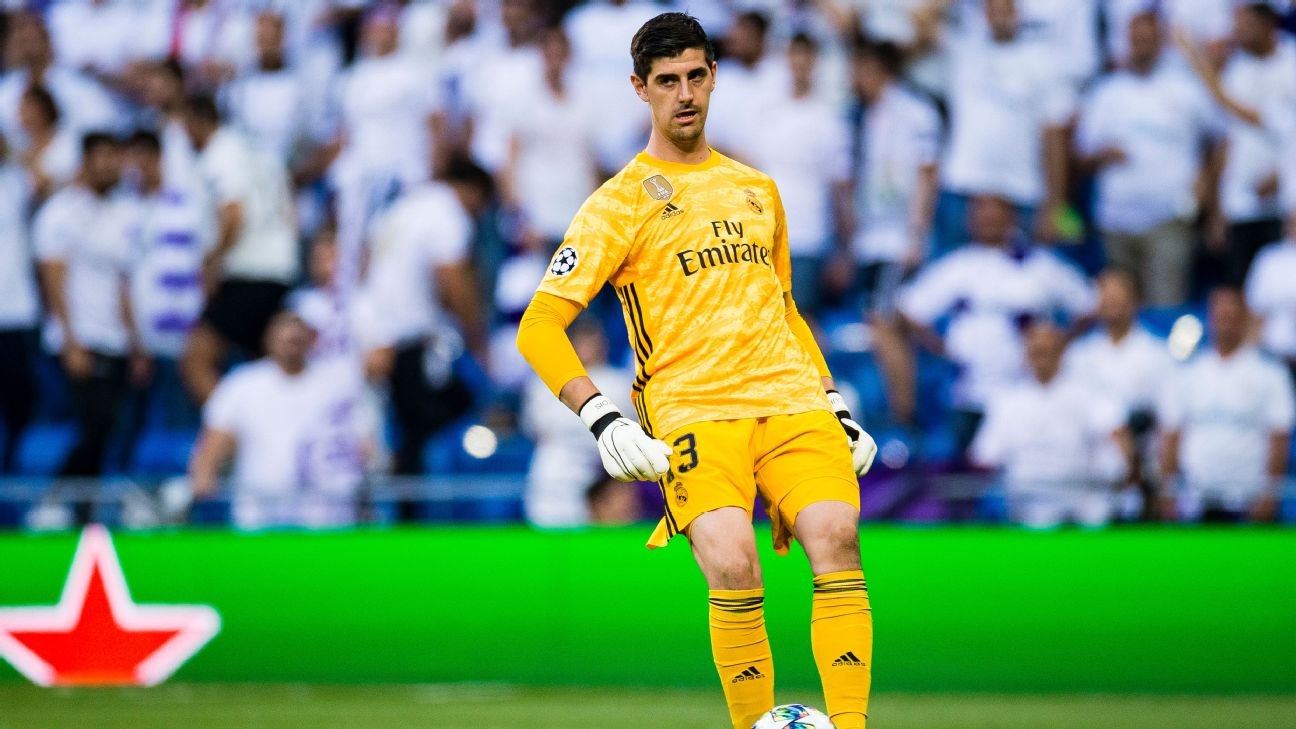 Craig Burley feels the UCL favourites all have one thing in common -- their lack of defensive structure.

Real Madrid have issued a statement denying claims Thibaut Courtois was substituted at half time of the Champions League group stage clash with Club Brugge due to anxiety.

With Madrid 2-0 down at home to the Belgian side, Zinedine Zidane replaced Courtois with Alphonse Areola at the break and Los Blancos recovered to draw 2-2.

Despite reports circulating after the match that the ex-Chelsea goalkeeper had been suffering from anxiety, sources had told ESPN FC that this was not the case -- and Madrid have now confirmed this in an official statement.

It read: "In relation to various reports regarding our player Thibaut Courtois, Real Madrid would like to clarify the following:

"At no point was our player diagnosed with anxiety and, therefore, the reports are completely false.

"That Thibaut Courtois in fact was diagnosed with acute gastroenteritis with dehydration and an electrolyte imbalance, which made it impossible for him to finish the match on Tuesday against Brugge.

"The player is responding positively to treatment."

Sources close to the player have told ESPN FC that, at half time against Brugge, Courtois felt unwell, after suffering from dizziness and gastroenteritis since lunch time. The player had lost 5.5lbs on Thursday and returned to the gym for 20 minutes while he continued undergoing treatment.

Courtois will not be available to play against second-place Granada at the Bernabeu on Saturday, nor will he be on the bench, sources close to the Belgium international told ESPN FC.

The team also said Marcelo will not be available after a muscle strain in his right leg.