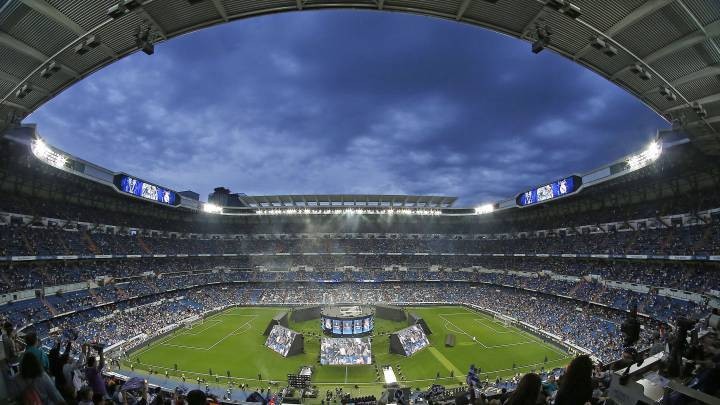 As it stands, Real Madrid's robust finances means the club is neither considering asking players to accept salary cuts nor the possibility of temporary redundancies.

As the days go on, reports of the financial impact that the coronavirus crisis will have on football clubs have become increasingly worrying.

However, for the moment, Real Madrid will not have to take any drastic measures. The Bernabéu board are certain that Madrid’s robust financial position will allow it to withstand the first wave of the coronavirus pandemic, which has had devastating effects on other LaLiga clubs, who have been forced to cut player’s wages or put them on Spain’s temporary redundancy scheme, known as ERTE.

In LaLiga’s last meeting with clubs, representatives discussed the growing possibility of a worst case scenario in which the season will not be completed. In such a scenario, it was agreed that the clubs would have to come together to decide on how to avoid bankruptcy of the industry amid the prospective loss of 500 million euros yet to be collected from TV broadcasting contracts.

As it stands, Real Madrid is considering neither asking players to accept salary cuts nor the possibility of temporary redundancies under ERTE. However, the club will align with any consensual decision adopted by LaLiga in its negotiations with the Spanish Footballers Association. It is also not being ruled out that the Spanish government would be called upon to arbitrate by means of a decree that would establish how to move forward to ensure the survival of the industry – an industry on which many families are dependent in this country.

At Madrid, therefore, they are waiting for events to play out. Many at the club already feel that we could already be in the worst case scenario, where the season is already lost. And it is estimated that, within a week, the Spanish government will step in to take action on the matter.  However, in the short term, the Bernabéu board is calm thanks to club’s strong financial buffers.

The European Club Association recommends an Efficiency Ratio (a club’s total salary bill in relation to its operating income) of 70%.

According to the latest accounts approved by Madrid (those of 2018-19) that ratio is at an incredibly satisfactory 52%. The total wage bill is 394 million euros, while operating income is 757 million euros. Of the total salary bill of 394 million euros, 283 million euros is paid to the coaching staff and players from the first team.