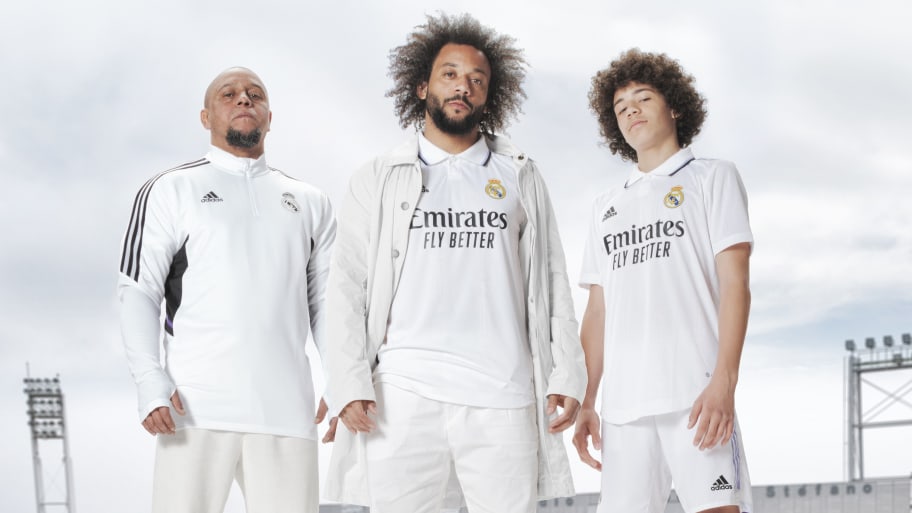 Real Madrid have launched their new adidas home kit for the 2022/23 season, inspired by the club’s heritage to celebrate its 120th anniversary.

The new all-white kit is a modern twist on a classic icon, with purple detailing on the collar and trademark adidas stripes on the shoulders.

A white club crest is subtly incorporated into the all-over pattern, with the history also symbolised by a unique ‘120 años’ symbol printed inside the neck.

Both the player and fan versions of the shirt feature adidas technology that helps to keep the wearer, whether on the pitch or in the stands, feeling cool and dry.

Real will head into the 2022/23 campaign as reigning Spanish champions following this season’s La Liga triumph. They are also still chasing European glory and will face Liverpool in the 2022 Champions League final in Paris at the end of May.

The new home jersey is available to purchase via www.adidas.com/rmcf, selected adidas stores and the Real Madrid Official Stores, as well as selected retailers and fashion stores from Monday16 May.