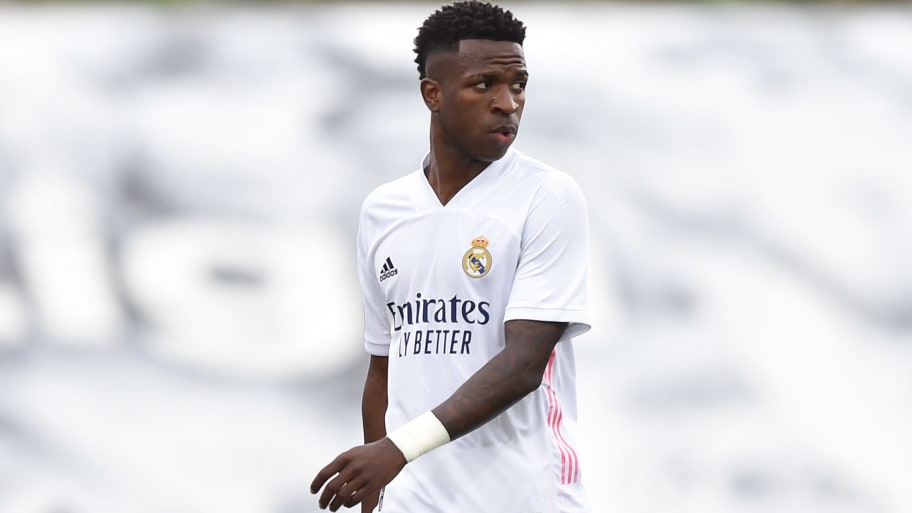 Real Madrid have no plans to sell Brazilian winger Vinicius Junior this summer, despite suggestions he had been offered to Manchester United.

Los Blancos are on a fundraising mission as they look to generate the funds needed to sign Paris Saint-Germain's Kylian Mbappe - though that move is more likely next summer - with the likes of Raphael Varane, Eden Hazard and Isco all thought to be on the market for the right price.

United are looking to snap up Varane, and recently, it was suggested by The Mirror that Real had thrown around the idea of Vinicius making the move to Old Trafford as well, with the Spanish side claimed to be hopeful of bringing in a big fee for the 21-year-old.

However, that has since been debunked by a number of sources.

Firstly, we had Goal reveal that Real had made no such proposal to United, with nobody at the Santiago Bernabeu keen to see Vinicius go. President Florentino Perez is infatuated by him and believes he will become one of the world's best players somewhere down the line.

That has since been backed up by AS, who add that manager Carlo Ancelotti is looking forward to working with the Brazilian winger next year.

It is added, however, that Real would be forced to consider a big offer (around £60m), largely because of the competition for the non-EU spots in their squad.

Two of Vinicius, Rodrygo, Eder Militao, Gareth Bale and Takefusa Kubo will have to be left out of the La Liga squad. Kubo is expected to leave on loan, and while Bale would be the preferred second casualty, there aren't many offers to sign him.

Nevertheless, Real still plan on retaining Vinicius and would likely reject that £60m offer anyway, but suitors would at least be able to pique Los Blancos' interest by offering that kind of money.

Whether they will receive such a bid is unclear, but what is obvious is that it won't be United offering that amount. The Red Devils are spending £73m on Jadon Sancho and will therefore not be adding another big-money winger for a while now.

This article was originally published on 90min as Real Madrid not looking to offload Vinicius Junior.