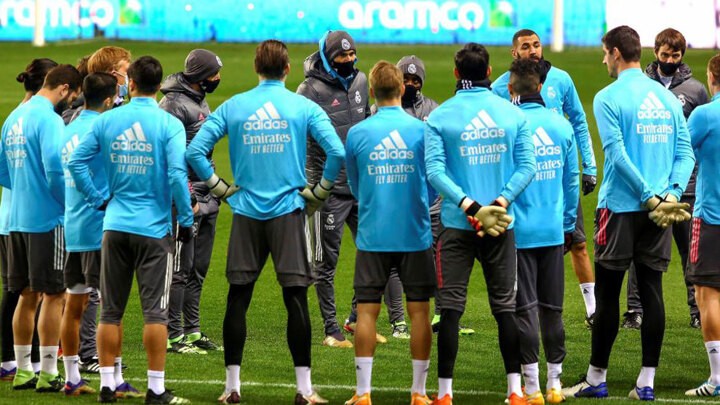 Real Madrid got themselves back on track after defeats to Athletic Club and Alcoyano with a convincing 1-4 rout against Alaves on Saturday, with Zinedine Zidane's veteran players coming to the forefront.

Once again, Zidane's trusted players came up trumps for him when he needed it most. The Frenchman's future wasn't in immediate danger, but after losing two titles in just six days, there was much speculation over whether he'd still be in the Bernabeu hotseat next season. His players, however, weren't prepared to let him down.

This is something that's been happening over the last two years at Real Madrid. Every time Zidane is on a shaky peg, his squad pulls him out of trouble. It happened last season in the Champions League when they beat Galatasaray and again this season when they visited the Camp Nou, winning 3-1, after defeats to Cadiz and Shakhtar Donetsk. We saw big performances that night from big players such as Karim Benzema, Sergo Ramos and Luka Modric.

Shakhtar once again had Zidane's job in serious trouble in December with his side in danger of dropping out of the Champions League. He trusted once again in that core of experienced players and they responded with consecutive victories against Sevilla, Monchengladbach and Atletico Madrid.

Their start to the new year wasn't what they'd hoped for, and a draw against Osasuna saw Los Blancos slip further away in the title race. Defeats to Athletic Club and Alcoyano plunged them in to their third crisis of the season, but the older heads stepped up again.