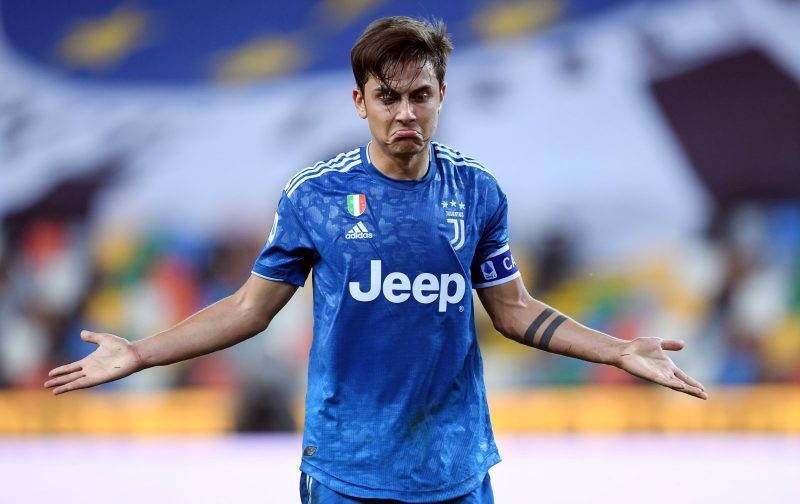 Real Madrid have already shifted their focus to strengthening their squad, with Juventus’ Paulo Dybala topping their wishlist.

Los Merengues were dumped out of the Champions League by Manchester City on Saturday, falling 2-1 on the night and 4-2 on aggregate to bring an end to their 2019/20 campaign.

As a result President Florentino Perez has turned his attention to the transfer market, and Sport Mediaset reports Dybala has caught his eye.

The Italian outlet suggests the Spanish side have tasked transfer intermediaries to open talks, with the opening bid consisting of €100 million plus Isco and Toni Kroos.

Juventus aren’t interested in discussing a deal at this time as they focus on transitioning from Maurizio Sarri to Andrea Pirlo, but Real’s offer may have to be considered.

With Isco and Kroos valued at €60m and €50m respectively, the Spanish side are hoping the offer will be enough to tempt the Bianconeri.

Dybala ended the 2019/20 campaign with 17 goals in 46 appearances in all competitions for Juventus.