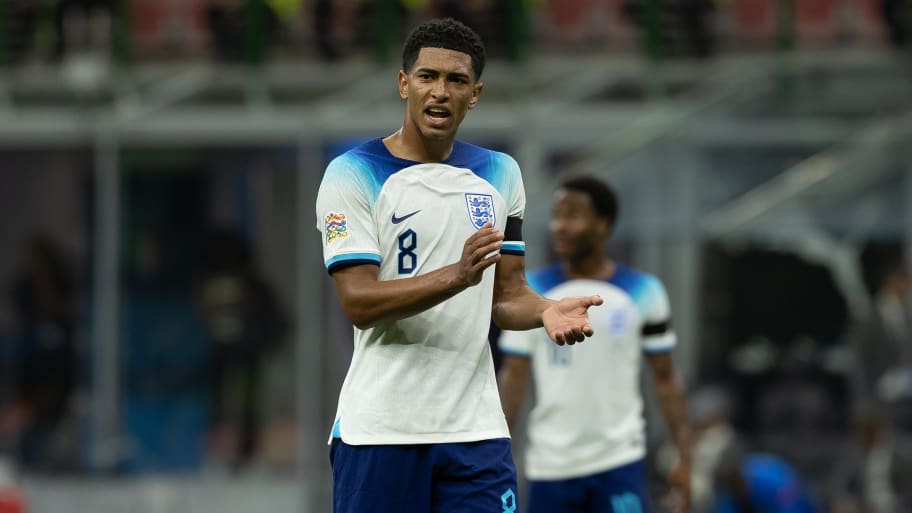 Real Madrid are putting plans in place to bring Jude Bellingham to the Spanish capital, sources have confirmed to 90min.

90min revealed last week that Bellingham had not yet made a decision on his future and that he was not planning to do so before this winter's World Cup.

Real Madrid understand Bellingham's stance, but they are making sure that the England star is fully aware of their interest and what is on offer at Los Blancos.

90min understands that Real Madrid's interest is strong despite already investing heavily in their midfield with both Eduardo Camavinga and Aurelien Tchouameni arriving in the last year.

It was presumed by many that Uruguayan star Fede Valverde would be the man to drop into a three alongside Camavinga and Tchouameni. But Real Madrid sources have confirmed to 90min that they are happy that he can play in numerous roles, including out wide where he has been excelling this year, meaning they would still have room for Bellingham in their system.

The Spanish giants are very much ready to compete for his signature and their scouts have been doing their due diligence on him in the last 12 months, though they have been fully aware of the teenager since his days at Birmingham City.

But Real are not the only club keen on Bellingham, which is one reason he, his family and representatives are going to take their time deciding his future.

Liverpool, Manchester City, Manchester United and Chelsea are all very much keen on Bellingham, but it is not guaranteed that should he leave in 2023 that he will return to England. Paris Saint Germain and Juventus have also registered their interest.

Borussia Dortmund have still not given up on Bellingham signing a new deal and extending his stay beyond 2023.

This article was originally published on 90min as Real Madrid putting plans in place to sign Jude Bellingham.