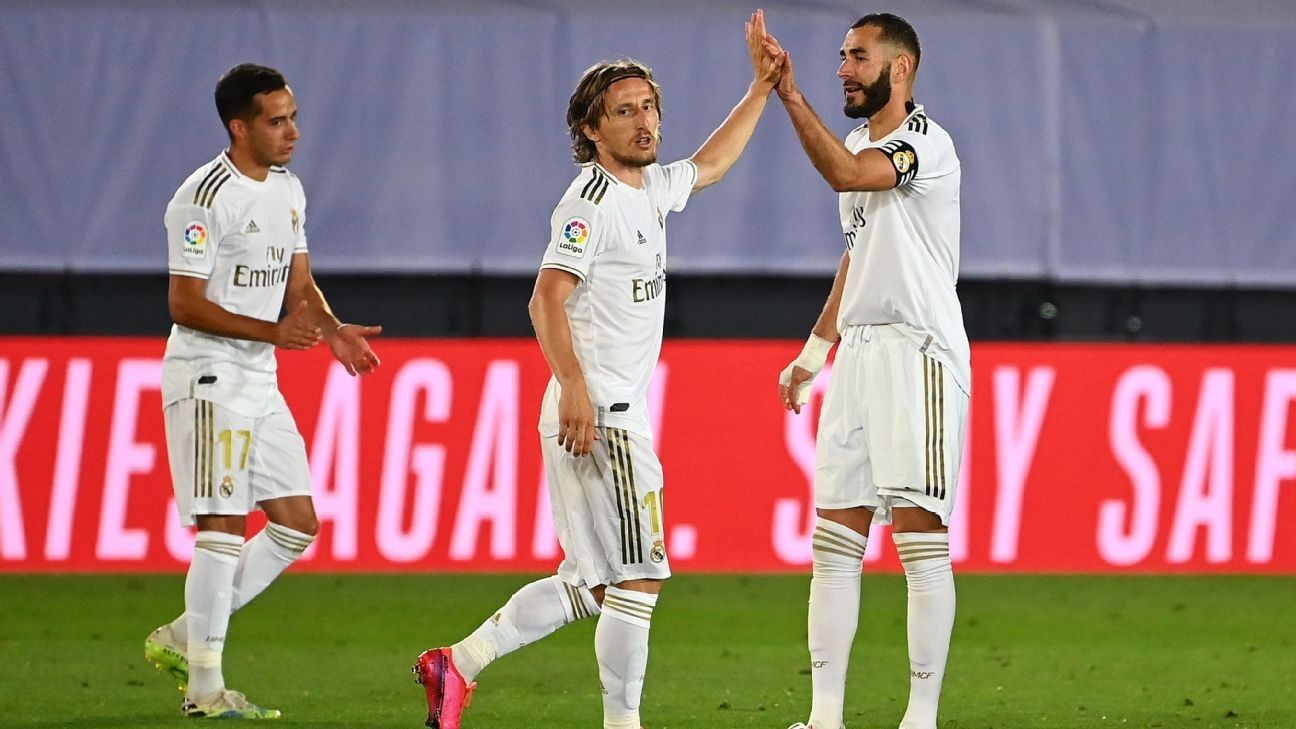 Real Madrid have appealed to fans to avoid spreading COVID-19 by staying away from the traditional sites in the city should the team clinch the La Liga title on Thursday.

Madrid are four points clear of nearest rivals Barcelona with two La Liga rounds remaining and will clinch with a home victory over Villarreal on Thursday.

A club statement said: "In the event that Real Madrid are proclaimed champions, our players will not go to the traditional venues, especially the Cibeles square, so we also ask our members and fans that they do not go to these places either. In this sense, we must all contribute, as up to now, with absolute responsibility to avoid risks of spreading the pandemic....any possible victory for our team should not be a huge step backwards in everyone's fight against this pandemic."

Real Madrid said "extreme precautionary measures are necessary" with coronavirus cases in Spain increasing but the aim is "always to share the title with fans."

Madrid's announcement follows the request by Spain's sports minister, Jose Manuel Rodriguez Uribes, for football fans, organisations and clubs to not have public celebrations in the final stretch of the 2019-20 season.

Rodriguez Uribes posted on Twitter on Tuesday: "We are almost at the end of La Liga and as Minister of Sports, I ask for no public celebrations to take place. I thank the clubs, La Liga, the Spanish FA and the fans for their sense of duty when it comes to everyone's health."

Cadiz gained promotion to La Liga on Sunday and although the club did not hold official celebrations due to the pandemic, thousands of fans were seen celebrating without respecting social distancing.

"We've seen images that I don't like at all, such as celebrations of football teams gaining promotion," Spain' Health Minister, Salvador Illa, said on Tuesday. "It's worrying. In the phase that we are in, we can do many times, enjoy ourselves, but never losing the awareness for the virus."