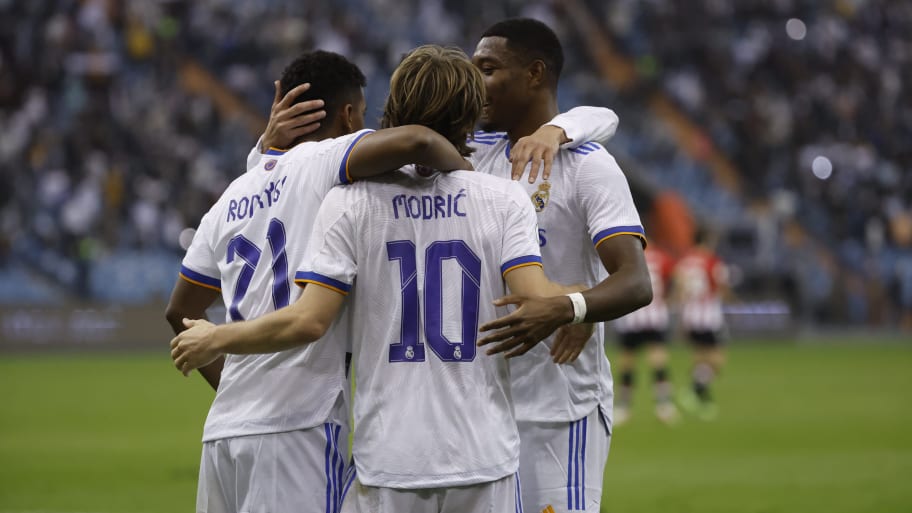 Just three days removed from their Copa de Rey win against the same opposition, Real Madrid welcome Elche to the Bernabeu in La Liga this weekend.

Los Blancos were staring into the abyss in the midweek clash as Gonzalo Verdu put Elche ahead in the 13th minute of extra-time. However, goals from Isco and Eden Hazard in the second half of the additional period spared Carlo Ancelotti's blushes and sealed Real's place in the quarter-finals.

Elche are currently marooned in 15th place in La Liga, although they do enjoy the comfort of being five points clear of the drop zone heading into this weekend.

How to watch Real Madrid vs Elche on TV/live stream

When is kick off? Sunday 23 January, 15:15 (GMT)
Where is it being played? Santiago Bernabeu
What TV channel is it on? La Liga TV (UK), ESPN+ (US)
Highlights? La Liga YouTube channel
Referee? Ricardo De Burgos Bengoetxea
VAR? Xavier Estrada Fernandez

Eder Militao will return for Real after he missed the Copa del Rey clash following his red card in the Spanish Super Cup final. Dani Carvajal could also return to the fold after his Covid-19 isolation.

Gareth Bale returned to the squad for the midweek cup clash, although Thibaut Courtois missed out due to a knock which could also rule him out of this weekend's game. Marco Asensio and Mariano Diaz are also expected to miss out for Los Blancos through injury.

Ivan Marcone made his return from injury in the midweek Copa del Rey clash, while former Real Madrid back-up goalkeeper Kiko Casilla could also feature. Javier Pastore is the star name in this Elche side, with the Argentine likely to supplement Pere Milla in attack.

Los Blancos have won seven of their last eight meetings with Elche, including a few days ago.

The reverse fixture in La Liga this season likewise yielded a victory for Carlo Ancelotti's side, with Vinicius Jr. grabbing a brace in a 2-1 away win.

Real Madrid are riding the crest of a wave following their success in the Spanish Super Cup final over Athletic Bilbao.

However, their lead at the top of La Liga was cut to four points in midweek when Sevilla earned a 1-1 draw at the home of Valencia.

That should sharpen the focus among Ancelotti's squad and they will smell an opportunity at home against an Elche side who don't tend to cause them too many issues in league meetings.