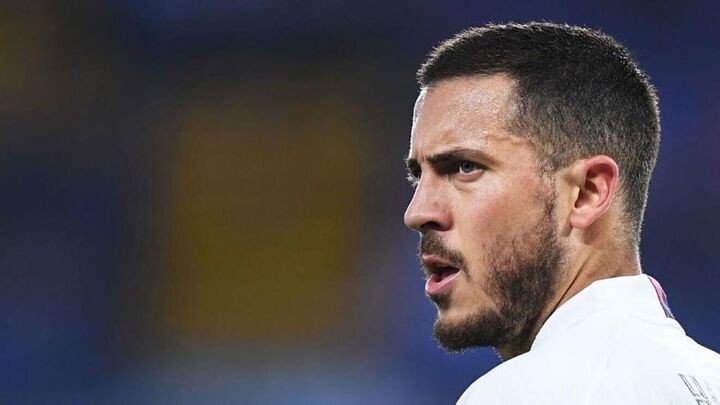 Real Madrid's patience with Eden Hazard has reached a limit and the Belgian is on the market, as are several other members of Zinedine Zidane's squad.

Hazard's case is different, though, as he arrived in 2019 to be the club's next superstar. Yet injuries and other circumstances have frustrated Real Madrid and pushed the forward towards the exit door. The club will listen to any offers for him.

His performances when he has been fit haven't offered enough glimpses of the star that he was when he was signed from Chelsea for 100 million euros, when 50,000 fans went to the Estadio Santiago Bernabeu to watch his presentation.

There are four matches remaining in Real Madrid's season for Hazard to try to be decisive in their fight for the LaLiga Santander title. Winning that wouldn't change the situation, though.

The image of Hazard laughing with his former Chelsea teammates hasn't influenced this decision either. It was already being discussed weeks ago.

In the actual match, Hazard wasn't a leader. He never has been known for his leadership, but his sporting performance used to do the talking and teammates fully respected him.

But, in the Real Madrid dressing room, his status has diminished and now there are few who expect Hazard to produce a magic touch that can win a match.

There is a similar sentiment in the boardroom. From his bad luck at the start, there is now disappointment for his performance levels and attitude.

In terms of his relationship with the fans, the fact that matches are behind closed doors has helped him as he may have faced a backlash. There are others, though, who believe full stadiums may have motivated him more.

Hazard has three more years on his contract and Real Madrid still need to fully amortise the payment to Chelsea.

His value has clearly fallen. For example, Transfermarkt now rate him at 40m euros when he was 150m euros at the time of his move to Spain.

Last season he could only feature in 22 matches, with that appearance tally at 18 right now for the current season.

Zidane has always loved this player and even wanted him at Real Madrid back in 2012, before his move to Chelsea. When the forward has been available, Zidane has counted on him. Real Madrid, though, will now listen to offers.