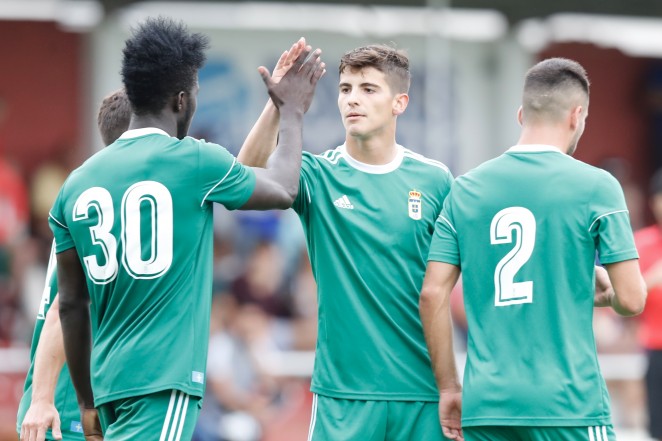 Samuel Obeng in the number 30 shirt

Obeng signed a pre-contract with the Asturias-based outfit at the tail end of last season after his superb display for Spanish lower-tier side Calahorra.

The 21-year-old has been impressing the technical bench of Real Oviedo since joining officially in the ongoing summer transfer window.

Coach Egea has expressed his confidence in the youngster and claims he's going to be an important member of the team in the coming campaign.

"I have a lot of confidence, it has an important power," says coach Sergio Egea.

"He came to try after playing in the lower leagues. In the first week we signed him, we believed in his physical strength, which is wonderful, and in what you could work with him."

Javi García, who coached the youngster at Girona, also joined the Real Oviedo gaffer in singing the Ghanaian praises.

"He is a player I fell in love with because he leaves everything in every game. He asked us to do individual training to improve, he always asked for advice. He has always been a soccer coach."

The Nsapor-born striker joined Calahorra from Girona FC C side in 2018, scoring 4 goals in 21 games in all competitions.