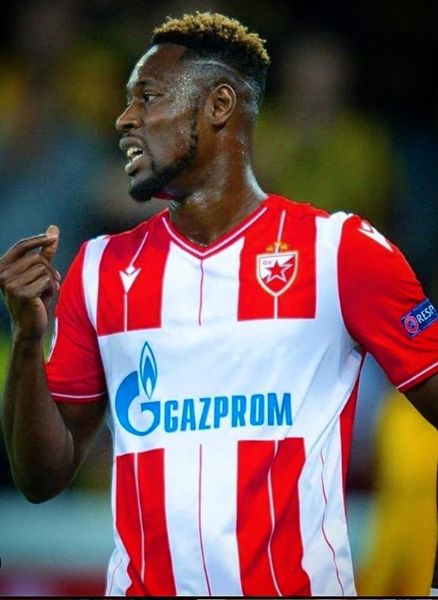 Ghana Football Association Communication Director, Henry Asante Twum has disclosed that there are no plans to replace Red Star Belgrade striker, Richmond Boakye Yiadom in the Black Stars squad for the 2021 Africa Cup of Nations doubleheader against Sudan which comes off later this month.

Boakye-Yiadom picked up an injury whilst playing for Red Star Belgrade in the derby game against Partizan a fortnight.

He lasted 36 minutes in the game and was substituted due to the injury which raised concerns in the media that he might miss the clash.

“I have been told by the coach (Akonnor) that they have contacted the club (Red Star Belgrade) and the information gathered is that the injury is not as serious as it was feared”, he told Peace FM.

“They (Red Star Belgrade) have promised to get back to us in a week and hopefully by Friday, they will get back to us if he has recovered. I am sure he will recover before the g

“As we speak now there hasn’t been any name for replacement”, he added.

The Finder also contacted Richmond Boakye Yiadom who told the paper he is getting back to fitness and will be ready for the doubleheader.

Boakye Yiadom will be making a return to the Black Stars after a two-year absence.