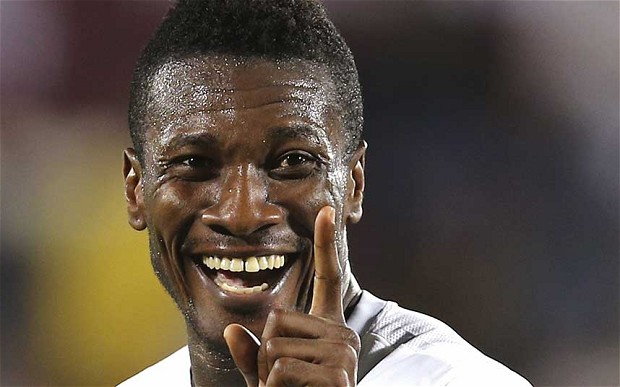 Ghana’s victory over the United States of America in the second round of the World Cup in 2010 took the Black Stars into the quarter final and brought joy to millions of Ghanaians.

It appears the celebrations went on even in the most unlikeliest places, which included one of the most feared prisons in the world, Guantanamo Bay.

The two former Guantanamo detainees being hosted in Ghana say there were very happy when Ghana triumphed over US at the tournament.

According to the detainees who believe they were wrongly incarcerated in the infamous US prison in Cuba, they jubilated when Ghana won the match thanks to Asamoah Gyan’s extra time winner.

“Even some of the detainees like Ghanaians and at the 2010 world cup, I can say all of us we were with Ghana. And when Ghana beat America, we were very happy, we made some celebrations. We also told the guards that we’ve won,” the ex-Guantanamo detainees told Accra based Uniq FM.

We are very excited to come to Ghana because we know some of the things about Ghana. First of all there is Asamoah Gyan, we know him, we like him very much, not just us, most people like him.”

The two supposed terrorists, Mahmud Umar Muhammad Bin Atef and Khalid Muhammad Salih Al-Dhuby have been in Ghana for couple of weeks weeks following a request to have them transferred to Ghana by the US.

The decision to host them has been widely criticized while some Ghanaians are asking why a developed country like America will move its prisoners to a developing West African country.

Meanwhile the detainees say they want to live peacefully in Ghana and that they do not belong to any terrorist group.

“We have been wrongly arrested for 14 years without any charge against us. We have suffered but we are not looking for revenge. We want to leave in Ghana quiet and peacefully. And we want to put our lives together. We are very happy for the warm reception that Ghana is known for.”