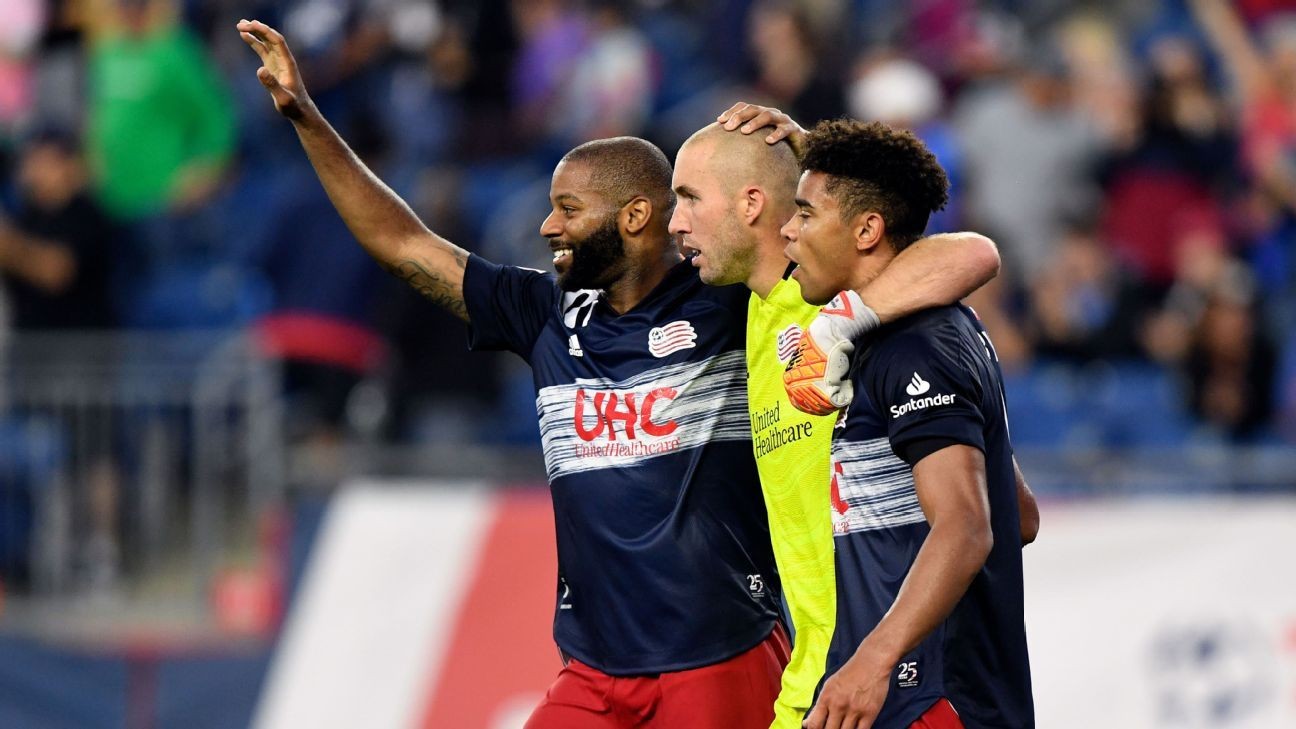 Gustavo Bou scored twice for his team-leading eighth and ninth goals of the season to lead the New England Revolution past visiting CF Montreal 2-1 on Sunday night.

Bou put the Revolution in front for good in the 29th minute on a right-footed rocket from outside the box to the top left corner that bounced in off the crossbar.

The Argentinian forward found the back of the net again in the 73rd minute, scoring on a right-footed shot from the center of the box off an assist from Brandon Bye.

Brad Knighton made three saves to preserve the win for New England (10-3-3, 33 points), which became first team in the league to reach double digit victories this season and improved to 6-1-0 at home.

The Eastern Conference-leading Revolution have won three straight matches after sustaining their lone home defeat in a 3-2 setback against Toronto FC on July 7.

Djordje Mihailovic scored his third goal of the season in the 79th minute and James Pantemis stopped two of four shots for CF Montreal (6-5-4, 22 points), which has dropped two straight after going a team record-tying six games without a loss (4-0-2).

Mihailovic pulled Montreal within a goal when he beat Knighton to the bottom right corner on his right-footed shot from the center of the box.

Carles Gil appeared to give New England a 1-0 lead in the 25th minute when he cleaned up his own rebound after taking a feed from Bou and breaking free in the box. However, the goal was overturned by the video assistant referee after Bou went offsides to gather the ball.

Revolution second-leading goal scorer Adam Buksa suffered an apparent head injury on a collision with Pantemis while attempting a header and was subbed out for Teal Bunbury in the 36th minute.

Before the game, Revolution players linked arms on the field during a moment of silence to honor former assistant coach and commentator Paul Mariner. The famed England international striker died on July 9 at age 68 after battling brain cancer.