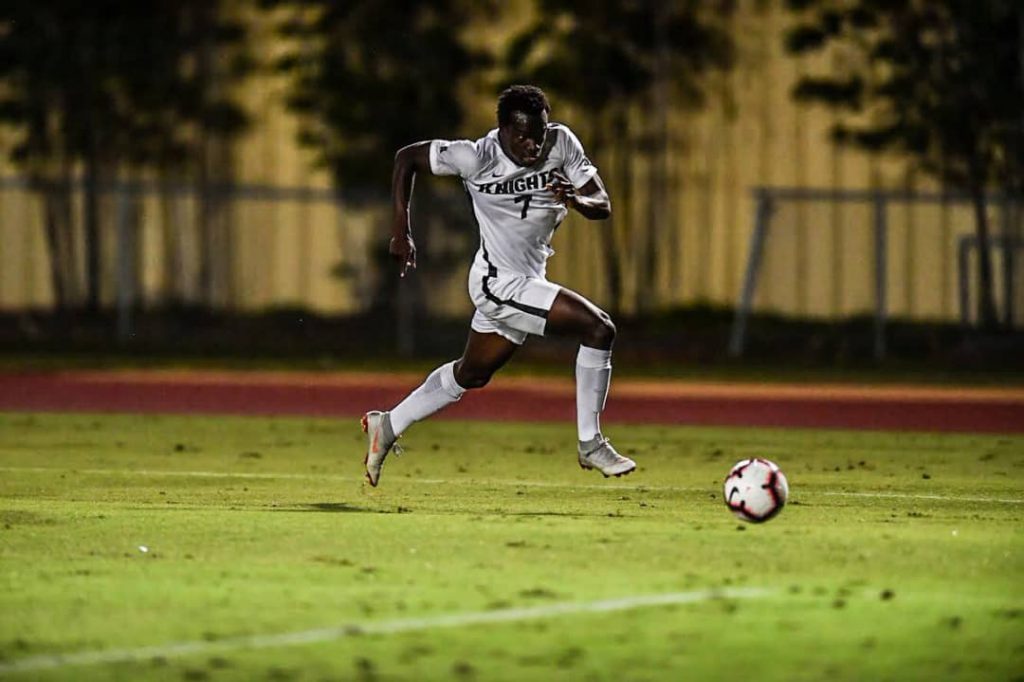 Teenage Ghanaian attacker Richard Amon has taken over college soccer in the U.S by storm and is showing glimpses of becoming the next big African soccer star in America.

The 19-year-old who plays for University of Central Florida has impressed several coaches with his skills, pace, work rate and is enjoying positive reviews.

Amon was spotted by a team of U.S College coaches during a scouting exercise organized by American Student Athlete Logistics (ASAL) at the Lizzy Sports Complex in 2016.

The former Accra Academy student who is yet to sign a professional contract has been on an impressive run for his college team since joining two years ago.

Set to graduate from college in the year 2020, Amon is already aiming at competitive football at the highest level

Although the youngster has declared his intention to play for his country of birth, the U.S is monitoring his progress and can entice him by handing him his first national team call up.

“It’s been a whole new experience out here in the U.S. I’m really excited to have made it here but not too excited to disregard the ultimate goal, making it to the next level. I’ve been fortunate to have played under some great coaches and this has helped me improve my skills and game in general and I’m grateful to the U.S for that”.

Amon is eligible to play for Ghana since he’s yet to represent any country at national level. This means technical handlers of the Ghana national teams must move fast to ward off any potential nationality tussle for the striker who is on full scholarship at University of Central Florida.