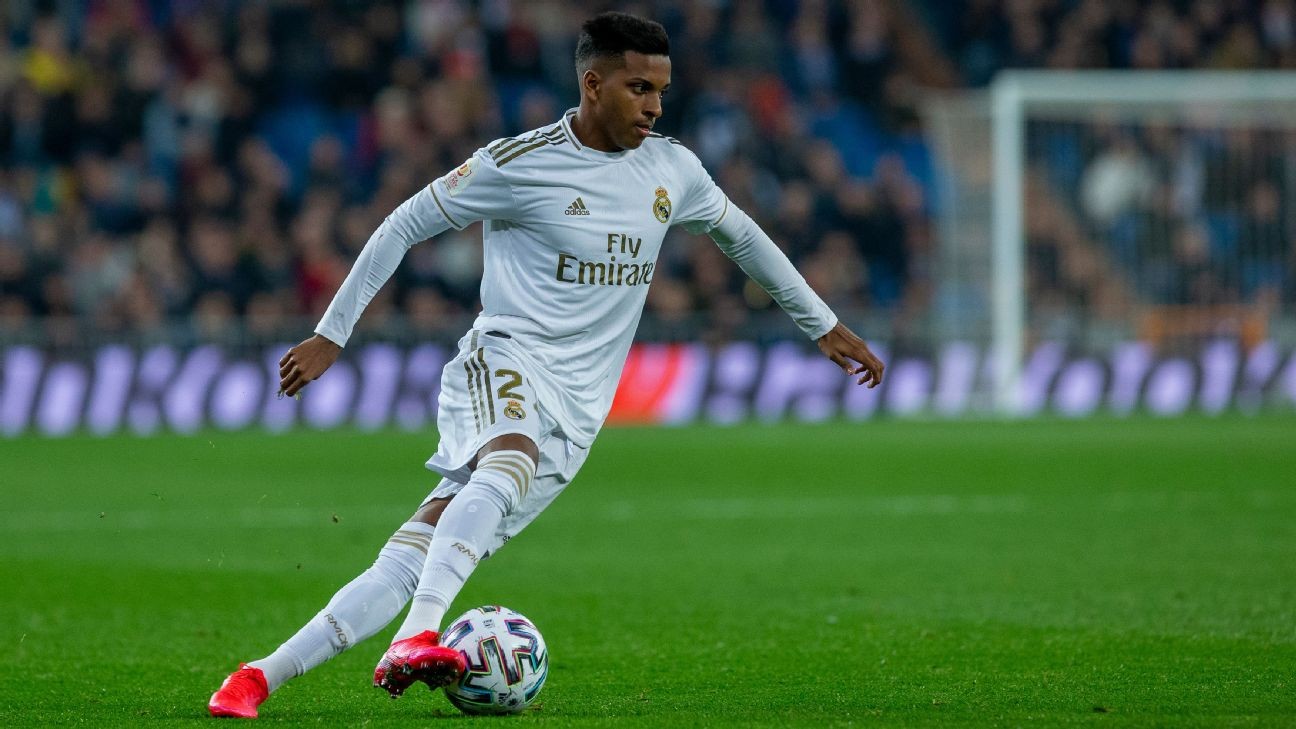 Real Madrid's plan to give Brazilian Rodrygo some extra playing time in the reserves backfired badly after the forward was sent off on Sunday following an overzealous celebration and is now suspended for next week's 'Clasico' against Barcelona.

Rodrygo, 18, has been playing for both Zinedine Zidane's first team and reserve side Castilla in the third tier of Spanish soccer and was involved in farcical scenes in Sunday's 2-0 win at home to San Sebastian de los Reyes.

The teenager scored the second goal late in the game with a mesmeric run followed by an audacious chip over visiting goalkeeper Xabi Irureta, who berated the forward after the ball had nestled in the net.

Rodrygo responded by waving his arms in Irureta's face in a mock celebration and was shown his second yellow card of the game and was subsequently sent off.

The forward has scored seven goals for Real's first team this season and is the youngest player to score a hat trick in the Champions League.

Yet his suspension for next week's title showdown against La Liga leaders Barcelona adds to Real's shortage in attack after Eden Hazard fractured his ankle in Saturday's 1-0 defeat to Levante.