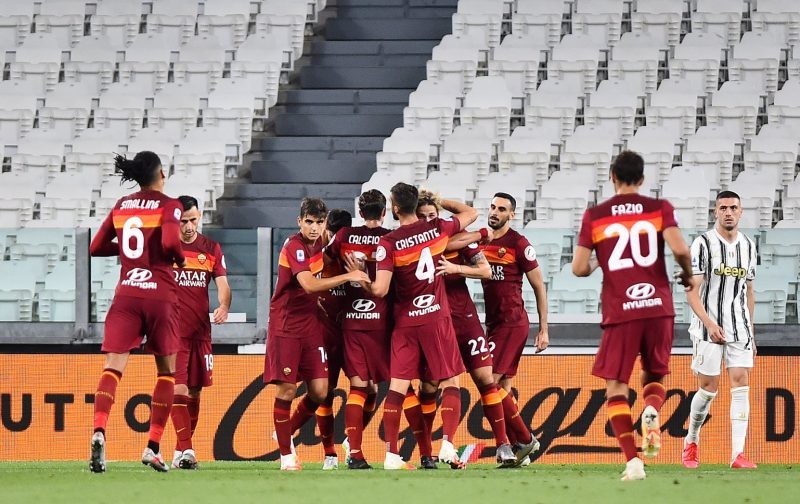 Roma extended their unbeaten run in Serie A to eight matches as they came from behind to earn a 3-1 win over Juventus at the Allianz Stadium on Saturday.

Nikola Kalinic cancelled out an early Gonzalo Higuain header, before Diego Perotti completed the comeback with a brace for the fifth-placed Giallorossi against the champions.

With both teams confirmed in their league positions before kick-off and facing European commitments next week, the sides were much changed but Roma were well worth their victory. The Giallorossi were enduring a 2020 to forget at the restart in June, having tasted victory just three times in Serie A since the turn of the year and seeing Champions League qualification slip from their grasp.

However, Paulo Fonseca’s side have been in rampant form in recent weeks and ended the season in style by registering seven wins from their last eight matches, and only Inter have taken points off them in that time.

With a crunch Europa League tie against Sevilla to come, Roma are brimming with confidence and goals, and appear to have hit their peak at the perfect moment to make a statement on the European stage.

Italian football has a bright future

Whilst the wholesale changes threatened to take away from the spectacle, both teams were able to hand debuts to bright Italian prospects.

For Roma, Riccardo Calafiori made his long-awaited debut and thought he’d capped it with a wonder strike, only for it to be disallowed. An impressive first half saw him earn the penalty that gave the capital club the lead, whilst 21-year-old Nicolo Zaniolo looked back to his graceful best with a magnificent run and assist for Perotti.

Similarly, Juventus handed debuts to Gianluca Frabotta and Luca Zanimacchia on their left flank, with the pair looking comfortable on the big stage. Fellow debutants Marco Olivieri and Giacomo Vrioni were thrown on from the bench, and the former looked to have netted with a well-taken shot late on.

Whether this crop of talented youngsters are afforded greater playing time next season remains to be seen, but Saturday’s clash offered further proof that Italian football can still produce fine young footballers.