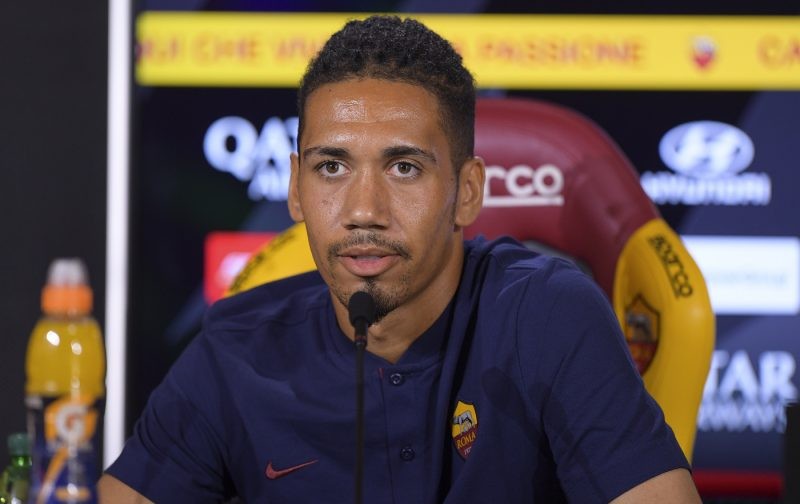 Manchester United and Roma remain in talks regarding the future of defender Chris Smalling, with the Giallorossi offering another loan with an obligation to buy.

The 30-year-old has enjoyed a fine season at the Stadio Olimpico under the tutelage of coach Paulo Fonseca, and he hasn’t hid his desire to remain there past this season.

As a result Il Tempo reports the two clubs have continued talks regarding a permanent transfer in recent weeks, with Roma having to get creative with their new offer due to their financial woes.

It’s believed the Giallorossi want to sign Smalling on another season-long loan for €3 million with a €14m obligation to make the move permanent next summer.

That would take Roma’s total outlay for the defender to €20m after signing him on a €3m loan last summer.

Smalling has started in 28 matches this season for the Lupi, including 21 of 26 Serie A matches, while netting two goals.