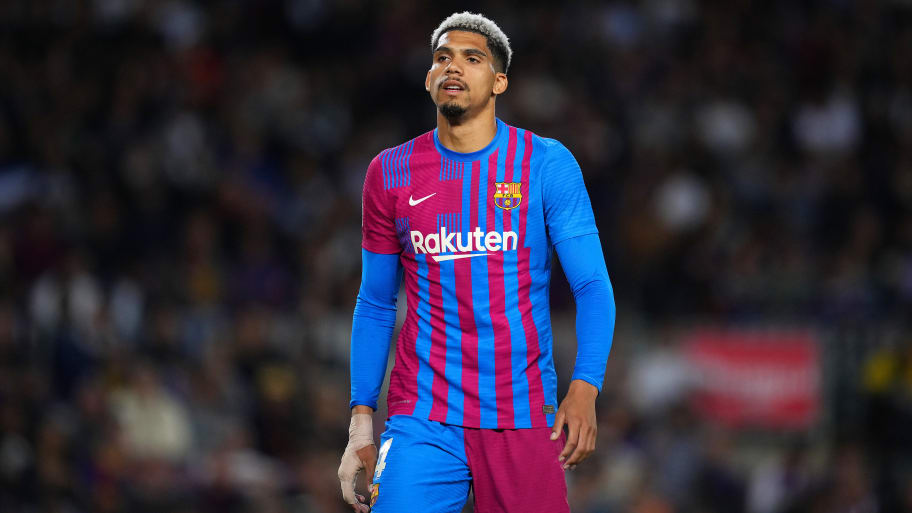 Barcelona defender Ronald Araujo has been discharged from hospital after suffering a concussion during Tuesday night's win over Celta Vigo in La Liga.

Barça ran out 3-1 winners thanks to a Pierre-Emerick Aubameyang brace and a further goal from Memphis Depay, but the game was overshadowed due to a sickening head injury.

Araujo and teammate Gavi collided early in the second half and after a lengthy spell of on-pitch treatment, the Uruguayan had to be taken off via an ambulance. He was immediately sent to hospital after it was established that he had suffered a concussion.

After staying in hospital overnight, Barcelona confirmed on Wednesday afternoon that Araujo has been discharged and the club will conduct further tests to determine when he can return to action.

"Complementary tests on first-team player Ronald Araujo have been successful and he has been discharged from the hospital. The evolution will mark his availability," a statement read.

Araujo recently signed a new contract at Barcelona amid interest from the Premier League, emerging as a key defender under Xavi this season.

The 23-year-old has made 42 appearances in all competitions and even scored four goals for the Blaugrana this term, most notably netting in their famous 4-0 win at rivals Real Madrid back in March.

Barcelona have also secured a top-four finish and will be returning to next season's Champions League - a prospect that looked bleak when Xavi took charge in November with the Catalans lingering in ninth - and have all but secured La Liga's runners-up spot.

This article was originally published on 90min as Ronald Araujo discharged from hospital after suffering head injury.