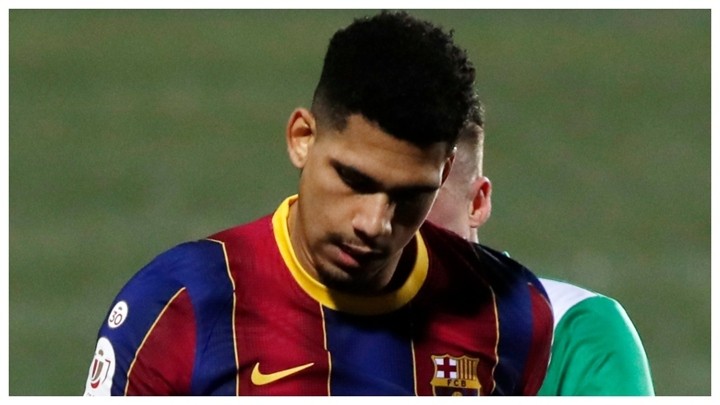 Ronald Koeman is recovering his troops at Barcelona ahead of a tough double-header against Sevilla, whom the Catalans face in both LaLiga Santander and the Copa del Rey in the coming week.

Ronald Araujo returned to work with his teammates on Thursday, having been out since suffering a sprained ankle against Real Betis on February 7.

Now, though, the Uruguayan centre-back could be in a position to play against Sevilla on Saturday.

There had been some reports that Araujo could have returned to play against Paris Saint-Germain, but he was not ready in time for the first leg at the Camp Nou and Koeman didn't want to take any additional risks on top of selecting Gerard Pique.

Koeman, though, can now count on all of his central defenders again for the first time in 2021.

Philippe Coutinho, Ansu Fati and Sergi Roberto are the only current injury absences.