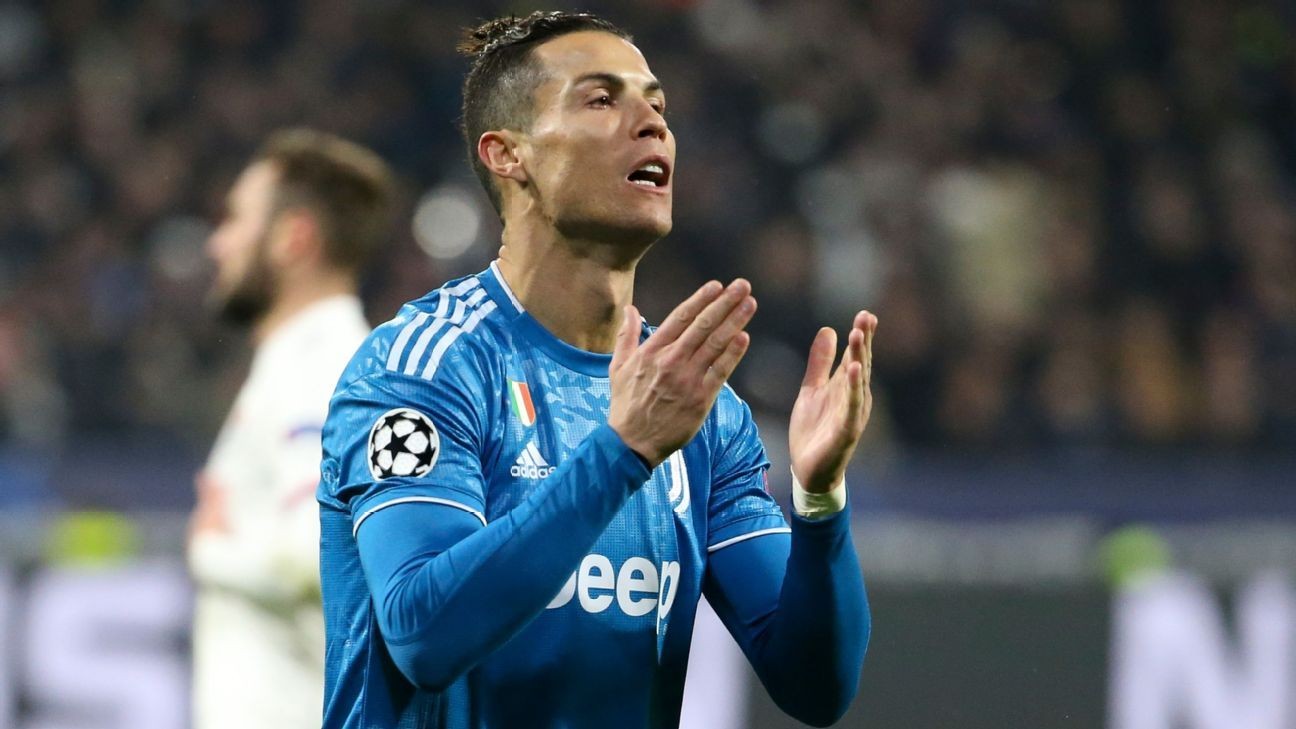 The Champions League is back, but not as we know it. With 12 teams, 11 games and a World Cup-style last eight, it will take seven straight knock-out ties in the space of 12 days at two venues in Lisbon, Portugal, to decide who will be crowned European champions.

With the COVID-19 pandemic forcing the 2019-20 Champions League to be suspended in March with half of the Round of 16 still to be completed, UEFA has condensed the competition into a new format in order to play this season's tournament to a conclusion. And following Friday's draw, we now have a route-map to the final, at Benfica's Estadio da Luz on Aug 23.

But with each remaining club having to overcome their own challenges to get this far, who will finally emerge as Champions League winners? ESPN has predicted the outcome for the 12 clubs still standing in the Champions League.

Gian Piero Gasperini's team are a dangerous outsider in their first-ever Champions League campaign, and although they will go into their quarterfinal clash against Paris Saint-Germain as underdogs, the form book suggests they should actually be fancied to progress to the semis.

Atalanta are on a six-game winning streak in Serie A and have already booked their place in next season's Champions League. They have also shown incredible fighting spirit to make it this far having lost their first three games in Group C - conceding 10 goals in the process. But with PSG out of action since March due to the cancellation of Ligue 1, Atalanta should have a major advantage in terms of match fitness. They can definitely eliminate the French champions and make it to the semifinals.

HOW FAR WILL THEY GET? Semifinals

Is this finally the year that Atletico Madrid end their agonising wait for Champions League glory? Diego Simeone's team certainly have a golden chance to make it to the final having been paired with RB Leipzig in the quarters before a match-up with Atalanta or PSG in the semis.

Having eliminated holders Liverpool in the Round of 16, Atletico will go into the mini-tournament as favourites to reach the final having embarked on an eight-game unbeaten run in La Liga since the restart last month. Atleti possess the experience and quality to make it past Leipzig and whoever they face in the semis, but with an array of heavyweights lining up in the other half of the draw, they could be facing another heartbreak in the final, six years after losing to Real Madrid in Lisbon in the 2014 final.

HOW FAR WILL THEY GET? Final

Ale Moreno explains why Barca's UCL hopes hang in the balance due to their lack of consistency.

Barcelona must negotiate the second-leg of their last-16 tie against Napoli before booking their trip to Lisbon, but with Quique Setien's side earning a 1-1 draw in Italy in the first-leg, they will be favourites to make it to the last eight. They face a tough route to the final, though, with Bayern Munich -- leading Chelsea 3-0 from their R16 first-leg tie -- likely to be Barca's opponents in Lisbon.

Barcelona should be able to count on superior match fitness having been in action throughout July, unlike Bayern, but while Lionel Messi will always be able to win any game on his own, it is doubtful that Barca will be able to keep it tight enough at the back to see off the German champions.

Bayern's last-16, second-leg tie against Chelsea at the Allianz Arena will serve as a much-needed competitive work-out for Hansi Flick's team, whose 3-0 first-leg win at Stamford Bridge makes the return game a formality.

But once they get to Portugal, will Bayern be sharp enough to go all the way? Their last competitive game was against Bayer Leverkusen in the DFB-Pokal final on July 4, but their rivals in England, Spain and Italy have continued to play and will arguably have greater match fitness in mid-August.

Robert Lewandowski, the leading scorer in this season's competition, is the ace in the pack for Bayern, but they can also rely on the attacking quality of Serge Gnabry and Alphonso Davies. Bayern will travel to Lisbon as favourites to win the tournament.

HOW FAR WILL THEY GET? Winners

play1:48Atalanta 'can beat anybody' in a one-off UCL match

Stewart Robson looks at Atalanta's chances to steal the Serie A title from Juventus and as a UCL dark horse.

The best that manager Frank Lampard can expect from the last-16, second-leg against Bayern Munich is a game that provides his young team with invaluable experience for the future.

Chelsea were well beaten by Bayern at Stamford Bridge, suffering a 3-0 defeat that could have been much heavier. But with Lampard's team on course to return to the Champions League next season, the trip to the Allianz Arena is the perfect opportunity to expose his emerging stars to playing against Europe's elite.

Ronaldo and Juventus will be highly motivated to win the Champions League in Lisbon, but don't expect them to come close given the toughness of the draw. Jean Catuffe/Getty Images

Maurizio Sarri's team must still overcome Lyon in the second-leg of their last-16 tie, but with the game being played in Turin, the Serie A leaders will expect to progress, especially against a side that has played just once since March. Once in Lisbon, though, Juventus will face a daunting route to the final, with Manchester City or Real Madrid waiting in the quarters before a potential clash with Bayern Munich in the semis.

In a one-off game with Cristiano Ronaldo in the team -- and don't underestimate how much he will want to win the Champions League in Lisbon again -- Juventus are a genuine contender, but it's difficult to see them resisting City's firepower if they face Pep Guardiola's team in the last eight.

Rudi Garcia's team emerged from Group G with just two victories in six games, but they remain alive in their last-16 tie with Juventus having earned a 1-1 draw in the first-leg in France. They are capable of producing an upset if Juventus have an off-day in Turin next month, but Lyon realistically appear to have run their race in this season's Champions League.

Lyon have already exceeded expectations this season, so the campaign has been a success, whatever happens against Juve.

Manchester City will probably never have a better chance of winning the Champions League... if they can finish the job against Real Madrid in the last-16 after winning 2-1 in the first-leg in Spain. City simply don't lose one-off cup ties -- their last defeat in any one-leg cup game was against Wigan in the FA Cup in February of 2018 -- so the format in Lisbon will suit them and they will also be primed to peak just in time for the tournament by Pep Guardiola.

From an attacking perspective, City will strike fear into every opponent, but their defensive weaknesses could be their downfall against teams as organised as Bayern or Juventus. Expect City to overcome Juve in the quarters, but if they meet Bayern in the semis, it could be the end of the road.

HOW FAR WILL THEY GET? Semifinals

Napoli must get a result against Barcelona in the Nou Camp next month to progress to the quarterfinals, but Gennaro Gattuso's have been inconsistent since the restart. They have won the Coppa Italia, but are out of the running for Champions League qualification, so they will travel to Barcelona needing to find their best form to pull off an upset.

An empty Nou Camp may help them, but they still remain heavy underdogs against Lionel Messi & Co. over 90 minutes.

The decision by the French football authorities to cancel the 2019-20 Ligue 1 season in the wake of the coronavirus crisis has left Paris Saint-Germain with a mountain to climb if they are to end their desperate pursuit of Champions League glory.

Thomas Tuchel's team were impressive when eliminating Borussia Dortmund in the Round of 16, but without competitive football since, they will prepare for Lisbon with friendly games against Le Havre, Shamrock Rovers and Celtic before domestic cup games against Saint-Etienne and Lyon. With all their opponents playing competitively since June, PSG must play catch-up -- and fast.

Atalanta may be the best draw they could have hoped for, but fitness may be PSG's downfall.

play1:29Fjortoft: Werner not playing for RB Leipzig in UCL a 'disgrace'

The loss of Timo Werner, who will not play in the remainder of Leipzig's Champions League games following confirmation of his move to Chelsea, has left the German side without their most potent attacking weapon. And with a quarterfinal tie against Atletico Madrid awaiting them in Lisbon, the absence of their top scorer will leave Leipzig as big outsiders to make it to the semis.

They will be organised and still carry a threat, but Atletico will have too much quality and nous for Julien Nagelsmann's team.

Real are on course for the La Liga title in Spain, meaning they will so travel to the Etihad for their last-16, second-leg with the confidence to overturn a 2-1 first-leg deficit. But with captain Sergio Ramos suspended following a red card in the first game, Real will have to nullify City's multi-pronged attack without their best defender.

It's dangerous to write off Real Madrid in any situation, especially a one-off game in which they need to fight back from 2-1 down, but City should be too strong for them on this occasion.