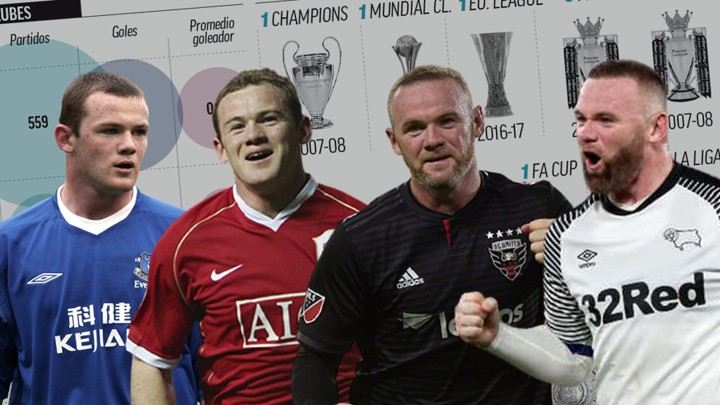 Wayne Rooney is, in my opinion and that of many other analysts and fans, the best English player since the days of Sir Bobby Charlton. There is no doubt about it, either in qualitative or quantitative terms.

You don't have to bring up his record to say that. Rooney was the best not only because of his goals, which, it is true, made him a global name, but also because of the way he played from his position. He was a great No.10 who played as a No.9.

In that, I buy whoever argues that Steven Gerrard was a better player. It's ok. Even those who prefer the late runs of Frank Lampard, but not David Beckham: he had a great right foot, the best, but there was a lot of marketing with him and not much end product.

But Rooney also wins the quantitative debate: the highest goalscorer scorer in England's history (53, with Charlton behind him); second in terms of appearances for England (120) after Peter Shilton (125); four-time English Player of the Year (2008, 2009, 2014 and 2015); second highest goalscorer in Premier League history (208) after Alan Shearer (260); and five Premier League titles in 13 great years at Manchester United, including the Champions League in 2008.

In short, this No.9 with incredible talent was a superstar: he took free kicks, penalties... he a complete finisher with a lot of character. Now, we only have Rooney the coach. He was The Best.