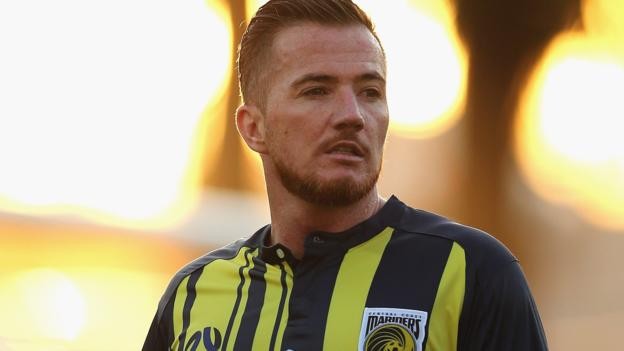 He spent time on loan with Australia with Central Coast Mariners and Scotland with Motherwell in 2018-19.

Villa have now released nine players since they won promotion to the Premier League with victory over Derby in last week's Championship play-off final.

During his spell with the Mariners the Scotland international briefly played up front with Jamaican Olympic sprinting legend Usain Bolt, who was on trial with the club during his bid to become a professional football.

The 32-year-old, who last played for Villa in September 2017 and had a year left on his deal, called his time with the West Midlands side "a bit of a shambles" in an interview with BBC Sport Scotland in January.