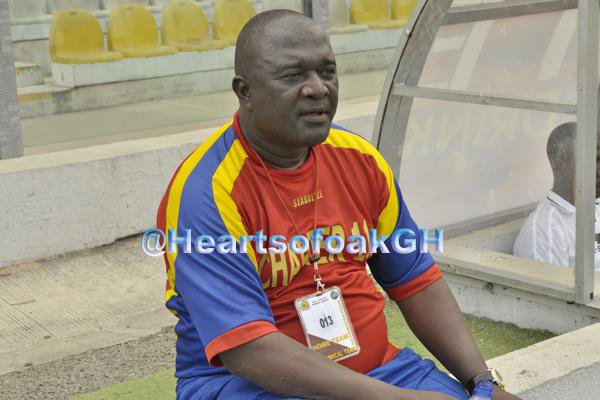 Former team manager of Hearts of Oak Sabahn Quaye has pointed fingers at Board chairman Togbe Afede as one of the top officials at the club influencing player selection, forcing the departure of Serbian trainer Kosta Papic.

A week ago assistant coach Asare Bediako had also left citing personal reasons for his departure.

However, Sabahn Quaye who is reportedly sacked by the Phobians, disclosed Togbe Afede IV, Alhaji Akambi and Vincent Odotei forced players on the coach leaving him with no option than to resign.

“Please add to the story that, I also mentioned the name of Togbe as one of the people influencing the coach’s work, I didn’t only mention Vincent Sowa Odotei, and Alhaji Akambi alone, I also told the board that the coach informed me that the pressure from board chairman was too much” he told 442gh.com

“Papic told me that they wanted him to play some 4 players, whom he [Papic] didn’t think they were good enough for his tactics, but they kept putting pressure on him, they said if a division one player was scoring for Asante Kotoko, why can’t same division one player play for Hearts of Oak,” he added.

Mr Quaye insists he is still member of the club as he is yet to receive a dismissal letter.

“Where is the letter sacking me,” he quizzed. “I have not received any letter, am waiting dor them, I made some mistakes in my earlier resignation from the club, and do not want to repeat that again, id they think I deserve to be sacked, so be it,” he added.