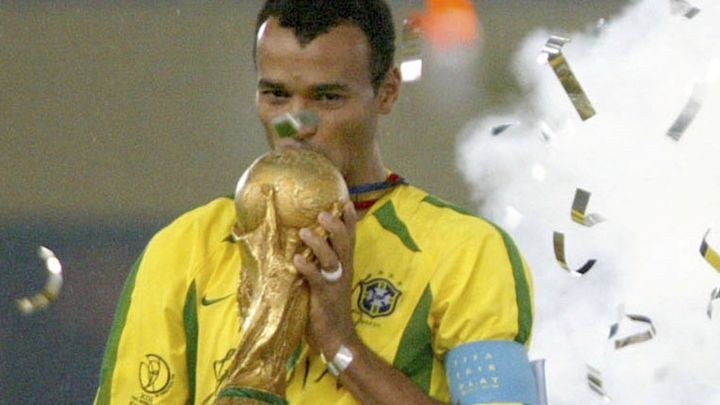 Two-time World Cup winner Cafu, who is an ambassador for Qatar 2022, discussed the tournament's preparations in a virtual conference.

Brazil legend Cafu, who is an ambassador for the Supreme Committee for Delivery and Legacy, the body responsible for organising the 2022 World Cup in Qatar, has backed the country to make the tournament an unprecedented success, despite the effects of the coronavirus pandemic on preparations for the event.

The two-time World Cup winner also expressed his admiration for Liverpool and Egypt star Mohamed Salah, hailing the forward as one of the best players on the planet.

Cafu was speaking at a virtual conference organised by the Supreme Committee, which was attended by AS Arabia and several other media outlets.

"Given its first-class organisational capabilities when it comes to football tournaments, I think Qatar would be ready to hold the World Cup six months from now," he said. "Perhaps the clearest proof of this is the Club World Cup played recently in Doha. It was held under challenging circumstances because of the pandemic, yet Qatar put on a successful tournament won by Bayern Munich. The medical bubble system protected the health and safety of the players and coaches, as well as the fans in the stands. It was a tournament that went perfectly."

He continued: "When people talk about the next World Cup, some believe Qatar only cares about the football, and this isn’t true. Qatar is paying close attention to a wide range of areas [in its preparations], so the World Cup won't just be a football tournament; it will be an opportunity for the many fans who come to the country to learn more about Qatar, its most important attractions and what it is like as a country, in a safe and wonderful environment.

"We as World Cup ambassadors have a message to get across, and that requires us to come to Qatar frequently and convey everything that is going on on the ground so that the world knows about Qatar's readiness to host the first ever World Cup held in the Middle East.

"The level of the tournament preparations is amazing in every sense of the word. Everything is carefully planned, the stadiums are world-class, and the Supreme Committee is working to a specific plan, a specific schedule that will see all the World Cup preparations completed in plenty of time before the tournament kicks off."

Asked about players from the Arab world, Cafu said: "There are many Arab footballers excelling in Europe, which is a positive thing. Success is all about hard work on the training ground day in, day out, and being disciplined off the field - and Mohamed Salah is a major example of that. He has become one of the best players in the world by working hard on his development non-stop. We’ve seen that graft pay off at Liverpool and before that at Roma, which is where it became clear he’d be one of the world's top players."