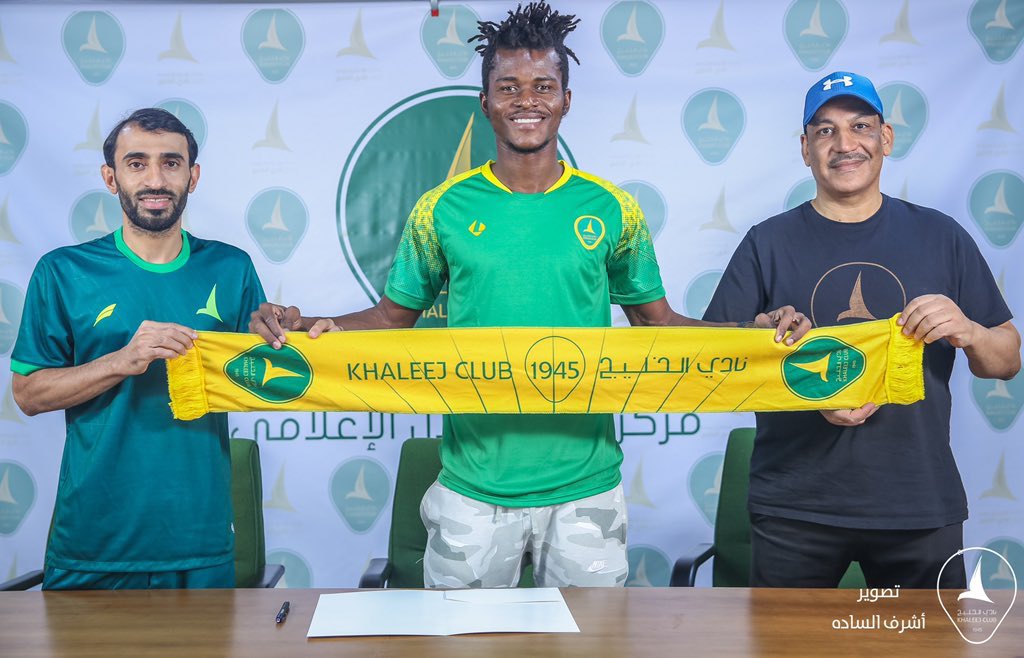 Ghanaian defender Samuel Sarfo has signed a new contract with Saudi Arabia side Khaleej Club for another one year until 2021.

Sarfo joined the second-tier side in the summer of 2019 on an initial one-year deal from Iranian club Saipa FC.

His contract elapsed at the end of the 2019/2020 campaign but he has earned himself an extension following his outstanding performances last term.

The former Liberty Professionals captain made 36 appearances in all competitions for Khaleej last season.

He scored 6 goals and assisted twice in the process making him a figure in the club.

Sarfo was an integral member of the Ghana team that won the 2017 WAFU Cup of Nations.