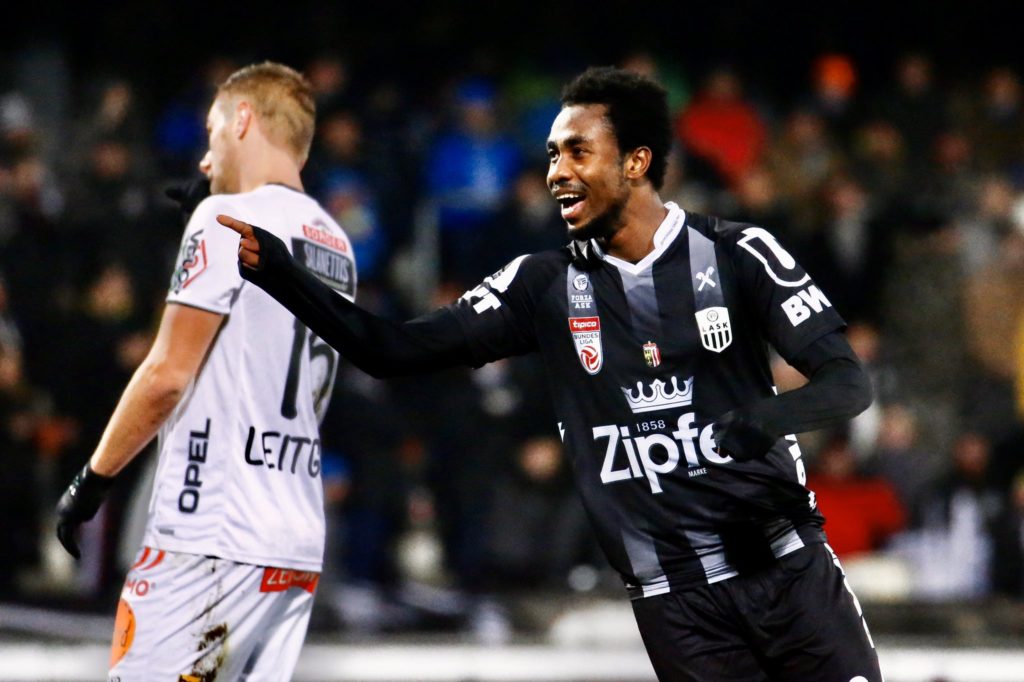 Ghana winger Samuel Tetteh is delighted to have registered his name on the scoresheet for LASK Linz in their 3-1 win against Wolfsberger in the Austrian Bundesliga on Saturday.

After starting the last six games from the bench for Linz, coach Ismael threw the 23-year old into the starting lineup featuring in his favoured left wing role.

And it took defender Petar Filipovic just 21 minutes to put the away side ahead only for the Ghanaian forward to repay the confidence placed in him with his third strike of the campaign.

Tetteh, 23, was cautioned for a poor tackle on Michael Novak after 58 minutes and was given rest with twenty minutes to end the game.

Eight minutes after Tetteh’s substitution, Wolfsberger halved the deficit through Weissmann to put pressure on the away side however Frieser Dominik weathered the storm with six minutes to end proceedings.

Tetteh has netted four goals in the league in the ongoing season.

The win means Linz are within touching distance of league leaders RB Salzburg – two points separating the top two teams – but eleven points ahead of third placed Wolfsberger – whom they defeated today.

Tetteh took to twitter after the match to express his excitement over the result.