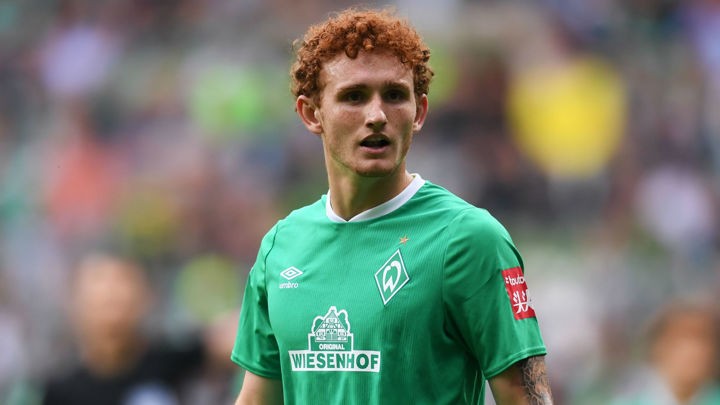 Josh Sargent has scored just three times for Werder Bremen this season, and just once since October. His most recent goal came on March 7 in a 2-2 draw with Hertha Berlin with what has been his only shot on target in Bundesliga play since October 26 – a stretch of 13 matches.

For the U.S. men's national team, those are worrying numbers. The striker position is perhaps the one place on the field that coach Gregg Berhalter cannot count on an abundance of young up-and-comers.

Jozy Altidore, at age 30, is still more than ready for another World Cup cycle but, given his injury history, the U.S. needs a new No.9. Sargent has been earmarked for that role for some years now.

The St. Louis native made the move to Werder Bremen in 2017 and rapidly shot up to the first team, scoring two goals in 10 appearances last season. Internationally, Sargent has already netted five times in 12 appearances.

The 2019-20 season was supposed to be the season when Sargent took a leap forward. Instead, he's stood still.

Young players are often told to avoid spending too long in a comfort zone, and for good reason. But, for young strikers that are relying on actually getting reps in front of goal, it's useful being a big fish in a small pond.

At Werder Bremen, though, Sargent has encountered a pond that is much, much bigger than the one he is used to, as well as a club that hasn't given him any of the resources required to survive.

Werder Bremen have scored the fewest goals in the league (29) and conceded the second-most (59), all while maintaining 48 per cent possession of the ball. With seven matches remaining, their place in the Bundesliga is, unsurprisingly, in danger, with the club sitting 17th, five points behind 16th-place Fortuna Dusseldorf.

Sargent is all too often isolated in attack, starved of quality service, limited to pressing superior teams for the majority of his time on the field without so much as a taste of the ball.

While he's only had that one shot on target, it's not that he's been wasteful, having been limited to only seven total shots over that span. In his last five starts, he's played 371 minutes, but only amassed 169 touches, while completing one successful dribble.

“With Josh, in particular, I see [his issues] as partly down to how the team functions," Berhalter said in January. "They haven’t been creating a lot of chances, and that’s difficult for a striker.

"For him, it’s a case of hanging in there, continuing to do the things that got him to that level. It's about continuing to think about his movement off the ball, how he’s moving in the penalty box, and when he gets opportunities, making the most of them.”

Sargent has often worked to get into the attack, and his ability to press has gotten significantly better over the past year or so. That's good news for the USMNT. However, Sargent was criticised by head coach Florian Kohfeldt after a loss to Hertha Berlin in March for being a little too eager to chase the ball.

“After 25 minutes, I could see Josh suddenly closing down the central defender at pace because he wants to put pressure on," he explained. "This means that the eight has to step out, then the six steps out, and [Hertha winger Matheus] Cunha comes into the danger area in behind.

"Sometimes we do not do things that are clearly discussed and that work well as a solution. And that drives me crazy. Why do you move away from the plan?

"So, Josh has to learn that to focus on completing the little things."

In many ways, it's a similar situation to that experienced by Altidore during his dismal stint with Sunderland.

Playing for a bad team, Altidore was limited to just one goal in 31 appearances in his one full season with the club. Like Sargent, Altidore struggled to put shots on target, with just 11 in 1,783 minutes. Altidore's .56 shots-on-target-per-game is actually worse than Sargent's .72, showing that the Werder Bremen forward is in a better place overall than Altidore was during his struggles.

However, while playing for a bad team is an excuse, Altidore wasn't blameless, and neither is Sargent. At some point, the best strikers must also find a way to create for themselves by turning one sequence into that moment of magic.

If you know that chances will be few and far between, you have to take advantage of each and every long ball and each and every defensive mistake. So far, Sargent hasn't been able to do that, and that's why he is where he is now.

Of course, one could argue that this experience is exactly what's needed to help him grow, but it's also easy to wonder if a change could be what's best for his career.

That change could be a forced one, too, as Bremen look likely to be relegated. A season as a bigger fish in the smaller pond that is the 2. Bundesliga could be beneficial for a player like Sargent, who would be more likely to have games where he's actually involved.

Many top-level strikers have benefitted from experiencing a season or two of consistent games in the lower leagues, including Harry Kane, a player who Sargent's style has often been compared to.

Like Kane, Sargent isn't the quickest or most powerful forward, and it was only after a few seasons of consistent games on loan that the Tottenham star blossomed into a complete striker in front of goal.

Sargent will likely never be at the level of Kane, and he doesn't have to be, but the USMNT does need a forward to rely on as World Cup qualifying closes in.

There are still seven matches for Sargent and Werder Bremen to save their season, seven more opportunities for both the striker and club to put together performances worthy of a Bundesliga spot.

But, if they don't, and their respective struggles continue, it really will be time for the U.S. get concerned about their most promising striker.