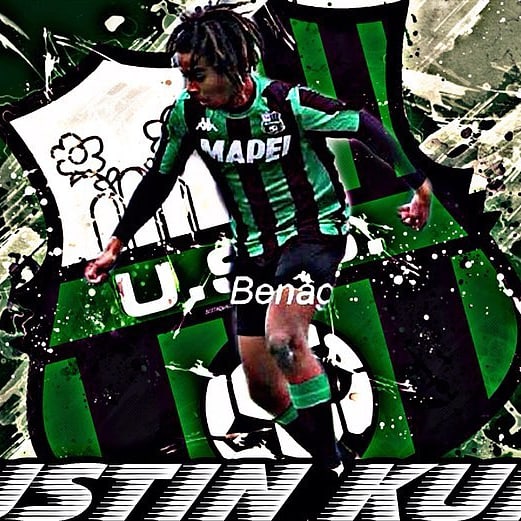 Justin Kumi was recruited by Sassuolo’s youth team manager, Francesco Palmieri last year in August from Giorgione Calcio and became an instant hit. The Ghanaian born Italian, has become the creator in chief of the neroverdi side, with 11 goals in 16 matches.

The Kumi family has had to endure relentless pressure in the last three months from several football agents in Italy to have their son as a client.

But the Ghanaian owned football agency was given the green light after making a compelling case with enough evidence of their reputation to provide Kumi the best of services.

ArthurLegacy has a long list of young players in Italy, including Philip Yeboah at Hellas Verona, Ahmed Awua and Carl Davordzie of Parma, Ibrahim Sulemana at Atlanata in the Primavera division. The group also includes Enoch Owusu at Inter Milan, Mike Aidoo at Chievo Verona, Isaac Annan, Bernard Osei Banfo of Parma in the U15 youth league.

Justin Kumi is the fourth player at Sassuolo managed by ArthurLegacy after the likes of Jeremiah Rudolf Boakye, Salim Abubakar and Denis Fosu Kwakye.