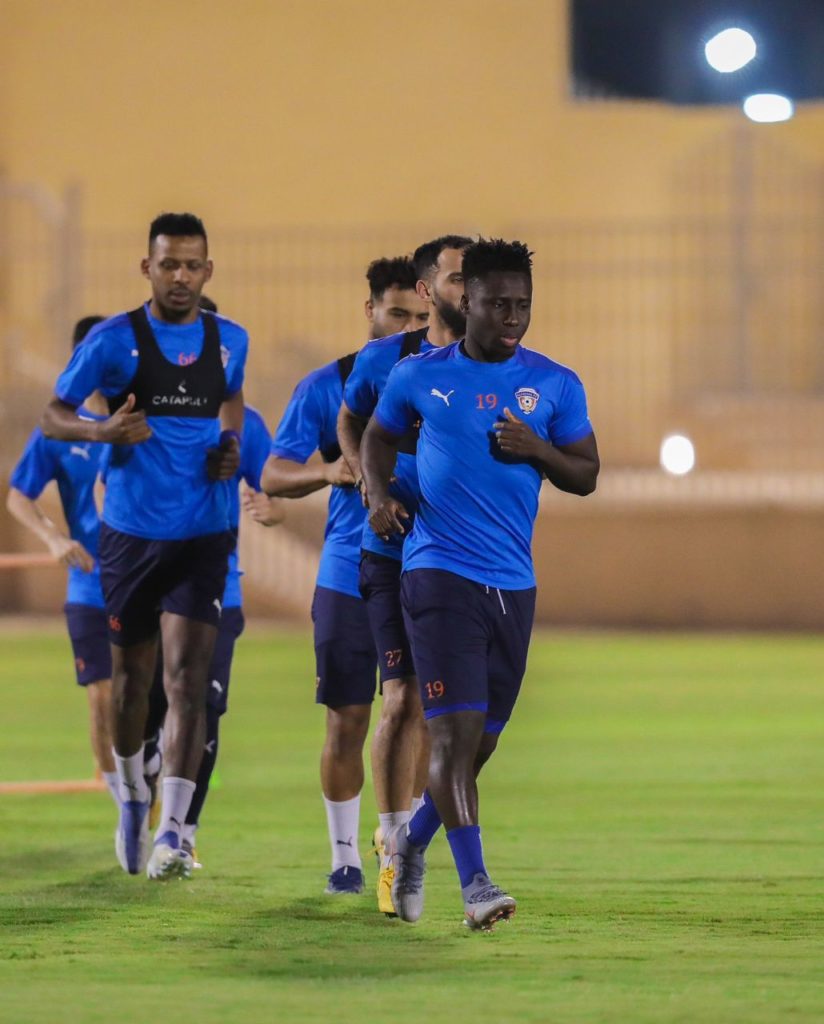 Black Stars winger Samuel Owusu has returned to training at Al Fayha ahead of the final run of games in the Saudi Pro League.

The Ghana winger's absence due to injury has massively affected The Oranges, who currently sit seventh on the table with just a win in their last five matches.

Samuel Owusu picked up the injury in March and has not play for Al Fayha and the Black Stars of Ghana, missing the World Cup playoff against Nigeria.

However, Owusu's return is a major boost for manager Vuk Rasovic, who is aiming to finish the campaign on a bright note.

The 26-year-old trained with the rest of the squad on Monday and will be available for the selection ahead of Thursday's clash with Abha.

The tricky winger is expected to play a key role in the final two games of the season.

The former Cukaricki star has been tremendous for Al Fayha this season, playing 20 games and scoring four times for the returnees.