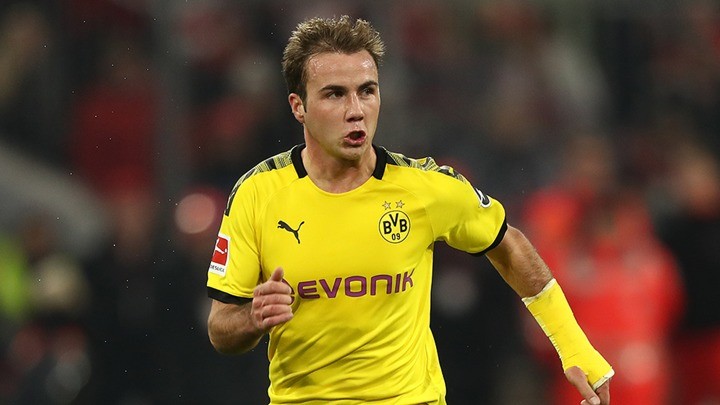 Former Germany star Bastian Schweinsteiger has backed Mario Gotze to be a success at his next club after it was confirmed he will leave Borussia Dortmund this summer.

Days after coach Lucien Favre admitted the 27-year-old does not fit their playing style, sporting director Michael Zorc confirmed that the World Cup winner will be leaving when his contract expires at the end of the campaign.

Gotze has spent eight years in the Bundesliga giants’ first-team over two spells – interrupted by a three-year stint at Bayern Munich.

But the forward has been limited to just 20 appearances in all competitions this term as he has been unable to live up to expectation since his return to the Westfalenstadion in 2016.

Schweinsteiger, however, says the former Bayern Munich player is approaching his physical peak and is confident he will settle in at a new club.

"It is very, very unfortunate, I think,” he said on ARD-Sportschau. “We all know that Mario Gotze was a great talent when he was younger.

“It doesn't have to be the best club in Europe, but I hope that he will find a club where he will play."

Gotze has been linked to a move to Serie A outfit Roma, while the Premier League has also been touted as a potential destination.

But Germany legend Lothar Matthaus believes a switch to Hertha Berlin would be a wise decision.

“If he should stay in the Bundesliga, [he should go to] Hertha,” Matthaus said. “This idea has a charm. He can improve the quality of play at Hertha.”

Ex-Bayern and Germany midfielder Stefan Effenberg, meanwhile, says it is unfortunate that the Bundesliga giants cannot find a place for him, but feels Gotze’s lack of pace is a major weakness.

“Unfortunately, there is no place in the current BVB system for Mario Gotze. I think Gotze is an outstanding footballer,” he wrote in a column for Sport1.

“His biggest drawback is the pace. In the 3-4-3 system of BVB, Favre wants to have speed. Gotze does not have it compared to Jadon Sancho or Marco Reus.”