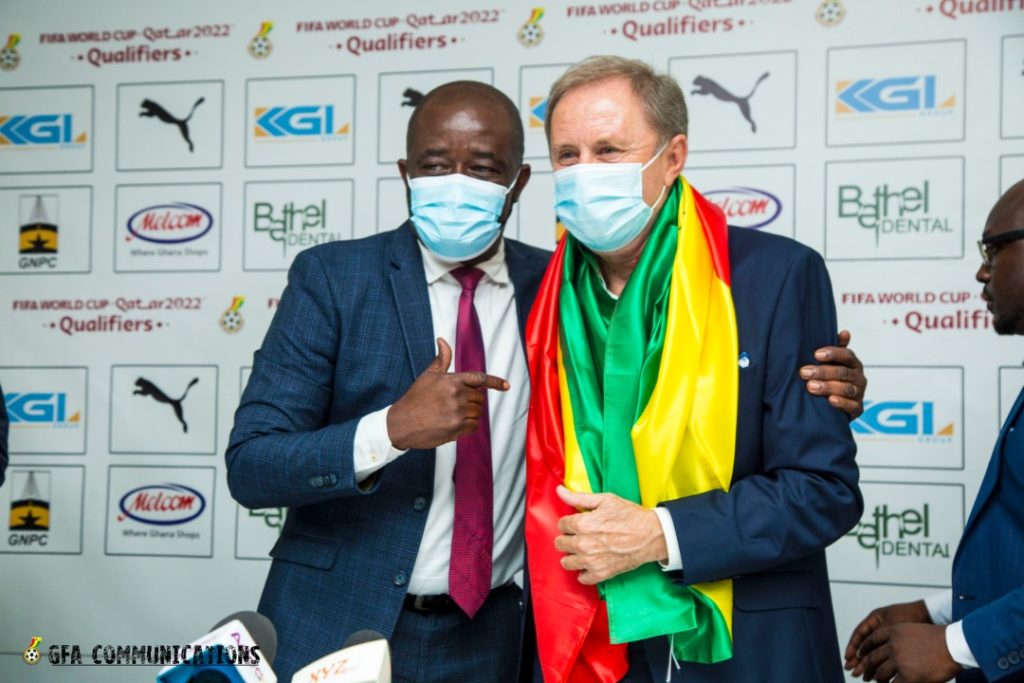 Milovan Rajevac has been unveiled as the Ghana coach
Share

Serbian coach Milovan Rajevac has taken just two matches to revive the flagging fortunes of Ghana in the qualifiers for the 2022 World Cup in Qatar.

The tactician was appointed last month to replace the bungling CK Akonnor, who had left the Black Stars scrounging for points after unimpressive outing the opening two matches of the qualifiers.

Rajevac, who led Ghana to the quarter-finals of the 2010 World Cup, led the Black Stars to two back-to-back matches to bring the side into full contention for the group's sole ticket to the final phase of the qualifiers.

Ghana defeated Zimbabwe by 1-0 in the CAF second round 2022 Fifa World Cup qualifying match at the National Sports Stadium in Harare on Tuesday.

This comes just three days after the Black Stars defeated the same side 3-1 in the first leg of the two matches at the Cape Coast Stadium on Saturday.

Victory on Tuesday, put to the Black Stars second in Group G with nine points, one point behind South Africa who beat Ethiopia 1-0 at FNB Stadium in Soweto on Tuesday night.

The loss also ended Zimbabwe's chances of making it to Qatar 2022. Zimbabwe's Warriors are at the lowest of their group, having not earned a single point from four matches.

The goal that was decisive in Harare was scored shortly after the half-hour mark. Black Stars captain and Arsenal midfielder Thomas Partey boasts a good scoring record in international competitions and proved that by scoring a powerful free-kick which sailed past Talbert Shumba's head.

Ghana will take on Ethiopia during match day 5, before the possibility of a group-deciding game in the group deciding match against South Africa on home soil in the coming month.