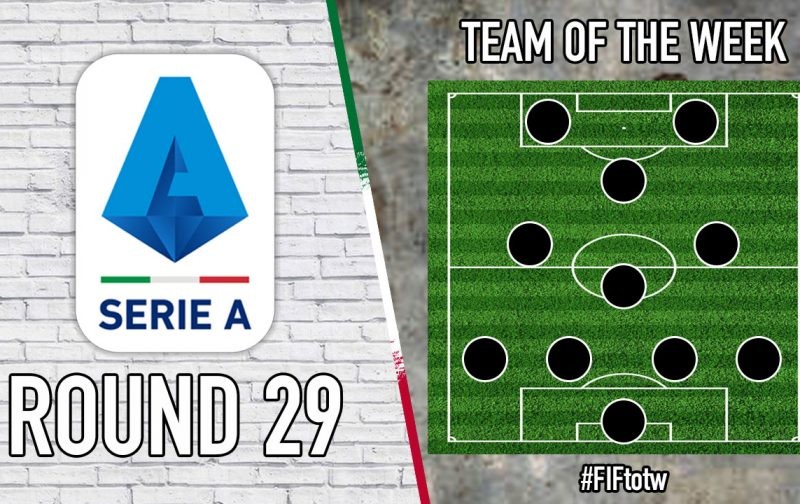 Juventus won 3-1 against Genoa while Serie A title rivals Lazio kept their hopes alive with a 2-1 victory against Torino and Inter annihilated Brescia 6-0. The Argentine has often stood out regardless of the result but his saves from Cengiz Under and Carles Perez were crucial to the Zebrette’s win against Roma.

The Turkish international was involved in the play which resulted in the penalty and he scored his first Neroverdi goal after capitalising on an error from Fiorentina midfielder Gaetano Castrovilli.

Turned back the clock with his performance against Brescia, with the pace and stamina that belies his 34 years of age. Scored the opening goal and assisted for Danilo D’Ambrosio.

Came on at half-time and really brought the Gialloblu to life with his attacking play. Scored a superb goal to put the Veronese side 2-1 up.

Kept his cool to convert both of Il Doria’s penalties and he provided some needed creativity in open play.

Added strength to the Biancazzurri midfield and assisted in both goals against AC Milan.

Showed comfort on the ball regardless of where he was on the pitch and he had no issues dropping deep. Had a shot saved by Napoli goalkeeper David Ospina and assisted for the opener from Mario Pasalic.

Grabbed a first half brace for the Neroverdi, converting a penalty after Filip Djuricic was fouled and then ran onto a through-ball from the Serbian midfielder to score his second.

Lively and influential in the Inter attack. Provided assists for Ashley Young and Roberto Gagliardini, converted the penalty that doubled the Biscione’s lead, and he was involved in the build-up for the third Nerazzurri goal scored by Danilo D’Ambrosio.

Opened the scoring with a fine goal, and he supplied the pass for the third goal, which was scored by Douglas Costa.