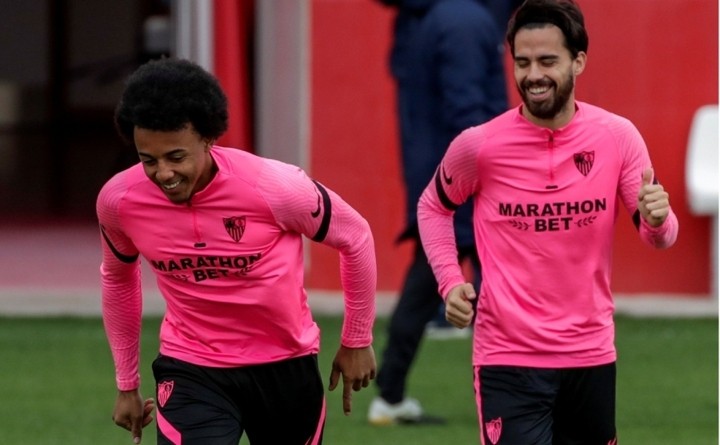 Sevilla have been handed a boost ahead of this weekend's meeting with Barcelona.

Both Suso and Lucas Ocampos trained with the squad on Friday morning ahead of Saturday's game at the Estadio Ramon Sanchez-Pizjuan, but Julen Lopetegui has admitted that he is going to be cautious with the Argentine.

"Lucas won't be here now; he has not had a good feeling [with regard to the injury]," Lopetegui admitted.

"We had hoped that he would be able to join [us] and we have to wait."

Suso had suffered some discomfort at El Sadar, which forced him to be taken off early and left Lopetegui sweating over his fitness.

Ocampos, meanwhile, has seen his comeback sped up after being injured against Getafe, having been on the end of a tough tackle that damaged ligaments in his ankle.

He is showing signs of progression, but Lopetegui and the player are opting on the side of caution.