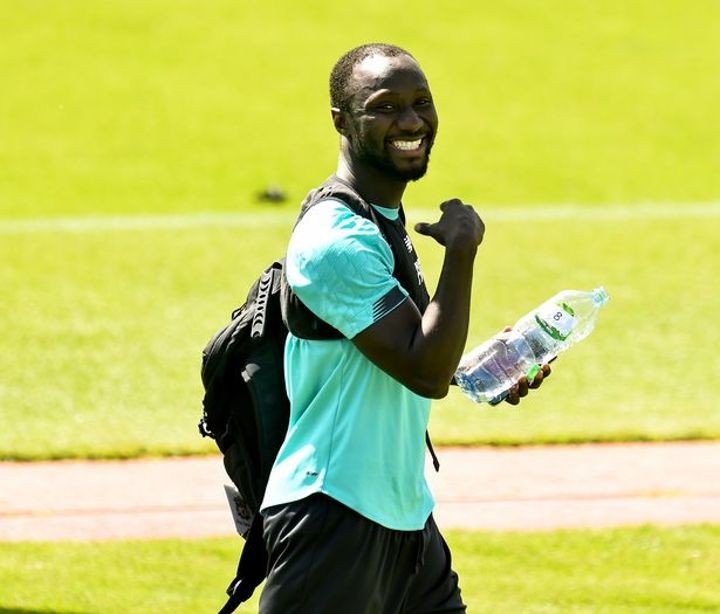 Liverpool continue to train hard at Melwood as the Premier League pushes ahead with plans to resume the campaign following its enforced suspension amid the coronavirus pandemic two months ago.

Needing just six points to clinch the title, the Reds have now been back in training a week as they continue to socially-distance at Melwood.

Under their 'Project Restart' initiative, the Premier League are still working towards resuming the season on June 12, although that date could yet be pushed back.

And as Liverpool step up their preparations, there was plenty learned from their latest session at Melwood.

One positive of the Premier League's enforced break is Jurgen Klopp being able to welcome back a number of players from injury.The likes of Alisson, Naby Keita and even Paul Glatzel have all returned to action, with the German confirming everyone was fit when quizzed about his squad following their return.

"They are all fit and hopefully it stays like this, of course," he said.

However, while the majority of the Reds squad have been pictured training since Liverpool's return, a couple of players have been conspicuous by their absence from the published pictures.

Xherdan Shaqiri and Nathaniel Clyne are yet to be pictured on the training fields at Melwood as uncertainty around their futures continues.

The duo have struggled with injury this season, and had been sidelined when the Premier League was suspended, however, are both likely to move on this summer.

Clyne will leave Anfield following the expiration of his contract, while reports on Tuesday night suggested Newcastle United had made an enquiry for Shaqiri.

Whether they remain injury, are training elsewhere like Loris Karius or just haven't been captured by the cameras remains to be seen.

One constant trend since the Reds' return to training has been the varying haircuts on show from the Liverpool squad during lockdown.

Some like Alisson are just letting it grow. Others like Roberto Firmino have attempted to neaten up their look themselves.

Naby Keita in contrast has gone for a rather simple approach, opting for a close shave ahead of Liverpool's most recent session - a look he first debuted on the club's Zoom training sessions prior to their return to Melwood.

James Milner remains one of Jurgen Klopp's most trusted lieutenants having signed a new contract with Liverpool earlier this season.

The 34-year-old is the eldest player in the Reds squad and while he might not start every game, the club's vice-captain's importance his clear both on and off the pitch.

And he was keeping spirits high in their latest session if this image is anything to go by.

Though we're not actually sure what it is he's doing. Answers on a postcard...