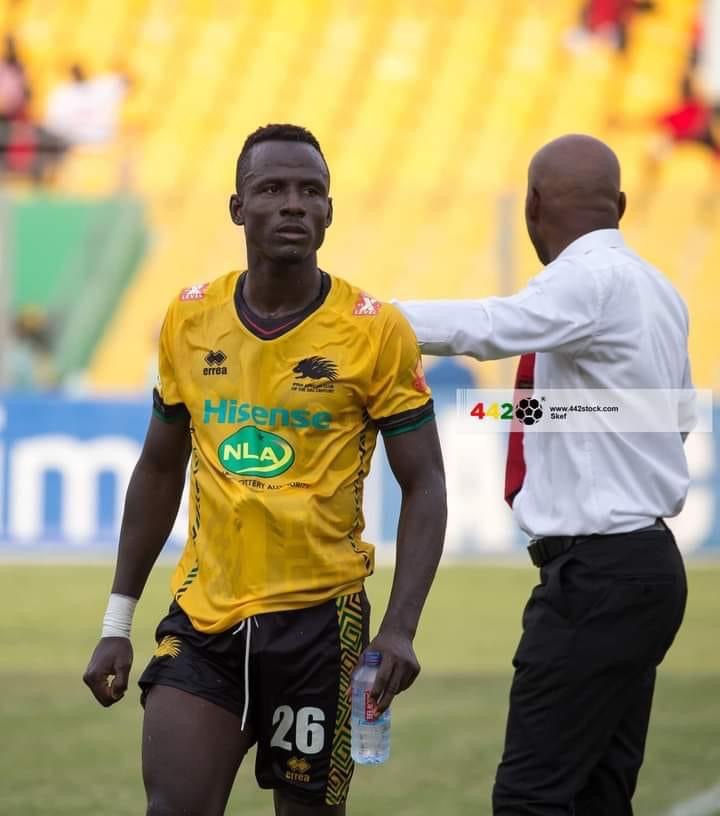 Asante Kotoko midfielder Sheriff Mohammed has been ruled out for the rest of the season due to injury.

According to a report by Kumasi-based side Oyerepa Sports, the versatile player will miss the upcoming fixtures for the club.

Mohammed Sherrif’s injury will be a big blow to Coach Dr Prosper Narteh Ogum. The former Steadfast FC midfielder has established himself in the team and his absence will be felt with the season coming to a close and the league title race still in place.

The box-to-box midfielder has been one of the outstanding performers for Asante Kotoko this season.

Asante Kotoko will take on Berekum Chelsea in their next game in the Ghana Premier League.

The Porcupine Warriors are hoping to close in on the league title with a win against Berekum Chelsea at the Baba Yara Sports Stadium.